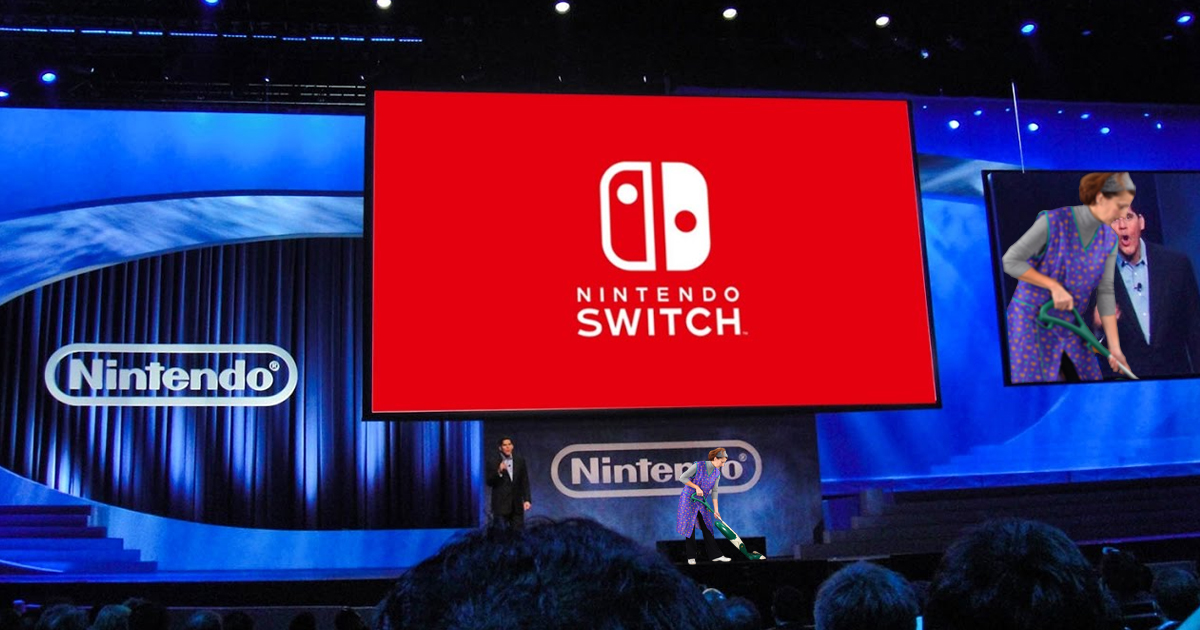 LOS ANGELES — Nintendo of America president Reggie Fils-Aimé suffered a show-stopping gaffe yesterday as his mother interrupted Nintendo’s E3 briefing by vacuuming in front of the screen according to confused event attendees reported.

“I’m really sorry about this, guys. Mom! Can you wait like a half hour please?” a visibly flustered Fils-Aimé called out to his mother onstage as she blocked a video of the upcoming Super Smash Bros. for the Nintendo Switch.

“Well if you told me you were having friends over, I would have cleaned up sooner,” Mrs. Fils-Aimé shouted over the loud vacuum.  “Now lift your feet up, I need to get this rug. Hey, is that kid eating a churro? You know you’re not supposed to have food down here Reggie!”

Read More From Hard Drive: I Will Not Play the New Smash Bros Unless it Includes All 642 of These Characters

The crowd sat in awkward silence during the exchange between the Fils-Aimés, with several attendees remarking that they “had a lot of homework to finish” before excusing themselves from the event while Reggie continued to plead for his mother to leave the stage as Mrs. Fils-Aimé insisted on escalating the argument.

“When are you going to stop wasting your time playing video games with your little friends all day?” she asked while dusting off a lamp that she brought onstage with her. “You need to get a real grown-up job instead of playing on your Sega-whatever-it-is, you’re wasting your life away young man!”

After several more minutes of scolding, Reggie Fils-Aimé turned sheepishly to the crowd and announced some grim news: “Sorry guys, my mom says you gotta go home, I have to wash up for dinner.”

While a firm date hasn’t been set for a rescheduled E3 event, Mrs. Fils-Aimé assured the crowd that, “Reggie can play again after he gets his chores done and mows the lawn.  Now who needs a ride home?”