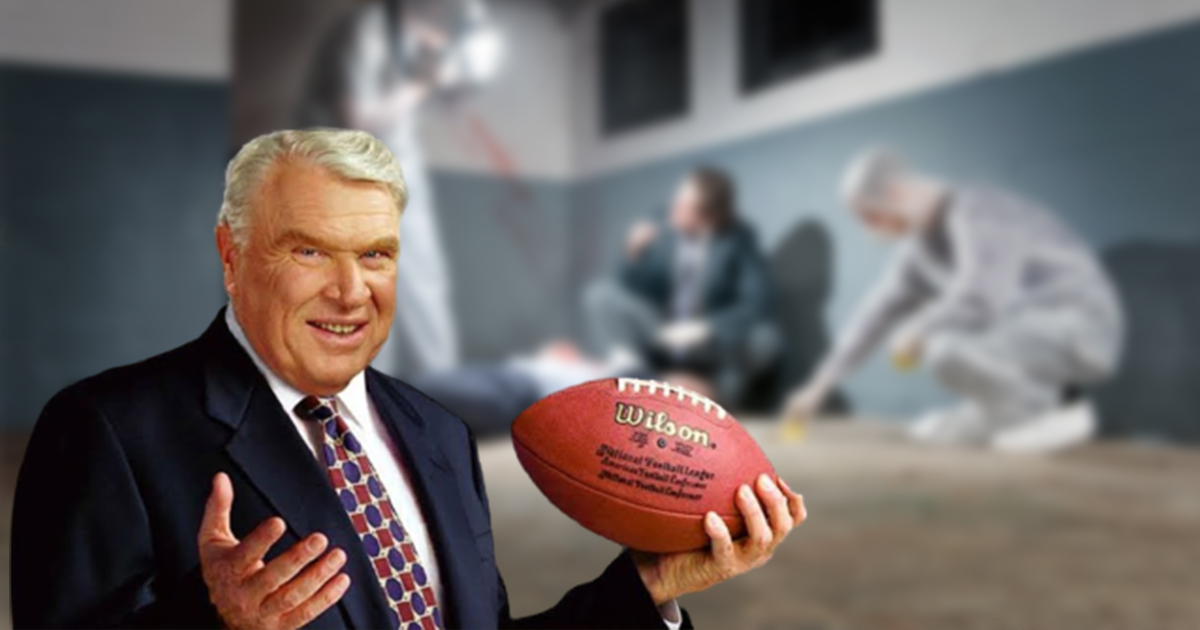 “We really had hit a brick wall in the case,” said Denver Police Department captain Ronald Hillson. “Then a couple of days ago, one of the younger cops who plays a lot of PlayStation games suggested we ‘Ask Madden.’ So we did.” Hillson contacted John Madden’s publicist and to his surprise got a response back instantly and learned that Mr. Madden was headed to Denver to help police solve the case.

After arriving, sources say Madden was taken to the crime scene by police where he began using his years of football commentary experience. Using an iPad, Madden took photos of the house and then began telestrating a theory of what he believed happened.

“As you see over here, the killer walked by this couch and then, boom! He hid the knife under it,” explained legendary NFL coach and commentator John Madden while circling the couch with a red pen and talking to a detective who was with him. “What a move. Pro move. This guy knows what he’s doing. This isn’t his first rodeo.”

After finding the well-hidden knife, police had their first big break in the case. The knife was covered in fingerprints and led police to David Banner, a 34-year-old Walmart Manager who was a friend of the victim.

“It really helped when [Madden] drew out the plan on a chalkboard,” explained Police captain Hillson. “He suggested we try a Statue of Liberty play that turns into a Flea Flicker, all in the shotgun formation. We weren’t sure how it would go, but we were able to apprehend the suspect and take him into custody. Good thing we asked Madden!”

At press time, the Denver Police Department regretfully announced that they had since lost ground in solving the case after an officer fumbled the murder weapon, which was then recovered by the suspect who was able ot pick it up and flee the scene.