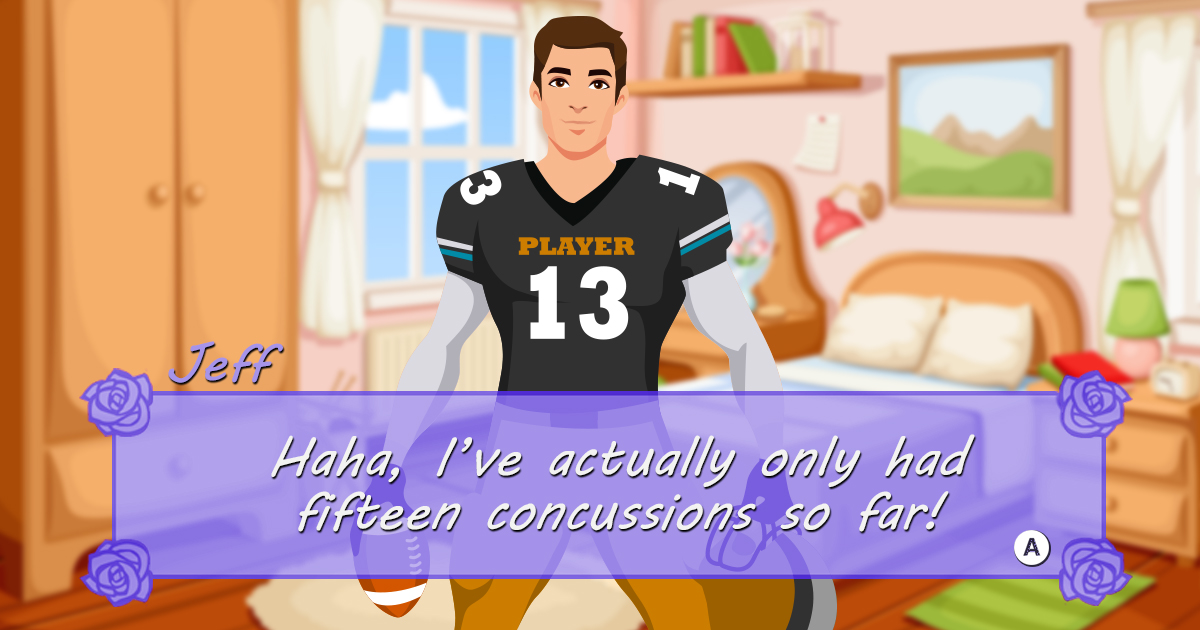 “In an effort to expand the NFL’s potential audience, we saw an opportunity in the gaming space beyond traditional football video games,” explained Goodell. “So we partnered with Eli Roth and Rob Zombie to write and create a game that truly reflects the experience of dating an NFL player. It has already clinched IGN’s Survival Horror Game of the Year.”

A video demo of the game revealed Resident Evil-style tank controls, an expansive inventory of items used for self-defense, and creeping sense of dread that survival is less and less likely in the latter half of the game.

“I signed up for the beta, and NFL Dating Simulator makes the Silent Hill series look like Candy Crush,” explained gamer Charnelle Davids. “It’s really fun but insanely tough. I got the ‘bad ending’ where you finally find a police officer but he refuses to do anything because your boyfriend is on his fantasy team.”

Game reviewers agree that the game pushes the boundaries of fear in video games.

“At first we assumed this was a cash grab hot off the heels of Kentucky Fried Chicken’s dating simulator I Love You, Colonel Sanders, but the gameplay is very deep with a near-unbearable sense of terror,” explained Jason Lin, reviewer at IGN. “The first few levels do a great job of slowly ramping up the difficulty, starting with the player avoiding a slow, injured Ben Roethlisberger. The player also has a cell phone so that the main character’s sister can give tips for survival, but you must be careful to not accidentally open Brett Favre’s dick pics or the player takes damage.”

The most common criticism of the game is that there are some bugs, such as the fact that the player is often attacked despite standing in full view of the game’s many security cameras which are supposed to be safe zones.