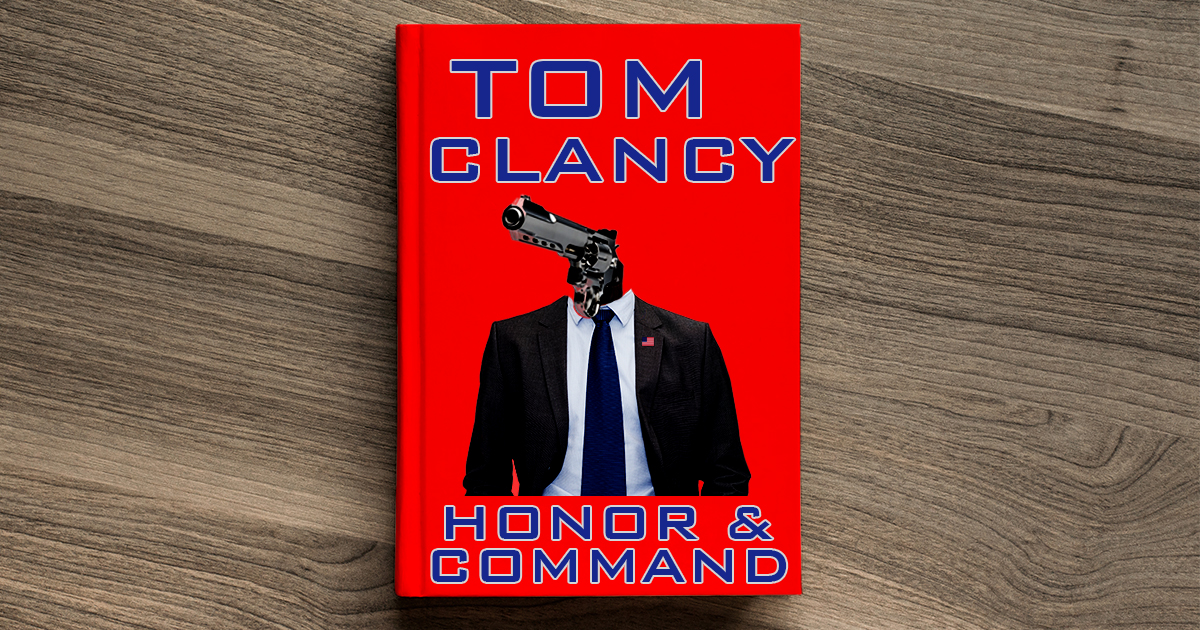 BALTIMORE — Sources report that the newest novel in the Jack Ryan series originally created by Tom Clancy before his death is about a gun that becomes President of these United States.

Those who finished reading the novel have described it as being “totally out of control, the President in this one is literally just a revolver wearing a suit,” and explained that the main character, President Gun, speaks only by shooting bullets out of his face.

“Seriously, you gotta read this one,” explained the anonymous source. “I know you usually go for those liberal history retelling books, but I think this one really has mass appeal. President Gun can be appreciated by both sides of the aisle, for sure.

The source went on to explain that the novel, entitled Honor and Command, is mostly centered around the adventures of the Republican leader President Gun, who defied all norms by being elected to a third term alongside his Vice President, Dick Cheney. Gun is the descendant of Jack Ryan and came to be after Jack Ryan Jr. Jr. Jr. had sex with one of his .357 Magnum. Gun, Cheney, and a motley crew of American intelligent agents have to fight against China and the Russians after a breach in security that may lead to global catastrophic failure.

The sources also confirmed that the novel is extremely good and patriotic.

“President Gun is the best because he doesn’t ask questions. He doesn’t really state things, either, really. He just shoots people out of his giant gun head,” the source excitedly continued. “He also doesn’t waste time making boring laws and doing dumb speeches or whatever. He’s out there in the field getting shit done.”

“And that’s something we could all do a little more of in our lives,” the source added.

At press time, the source gave permission to just admit it’s your dad.