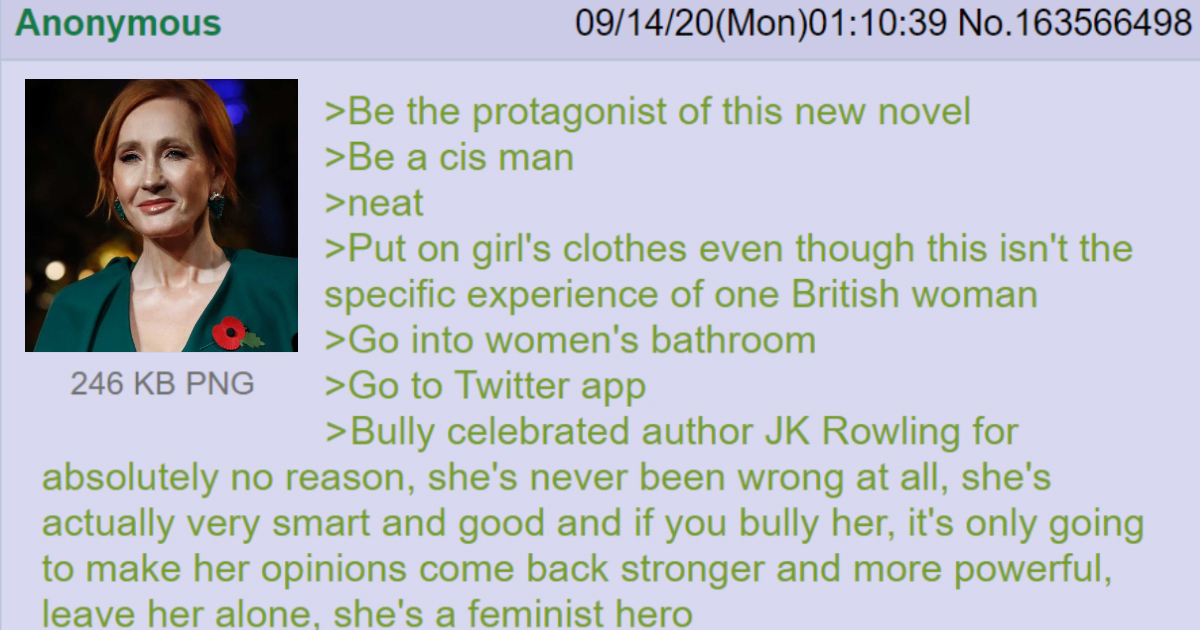 “It’s exciting to be publishing anonymously. I’ve used pen names before, but this is different,” Rowling said in a tweet. “And this community here at 4chan is really cool! So many people on this site agree with me on so much. I had no idea there were so many feminists on 4chan!”

“The cancel-culture Twitter mob only reinforce their own opinions,” Rowling clarified to a confused fan. “You have to get outside perspective, like from private Facebook groups or websites where anyone can say anything without consequence. Besides, saying that ‘women don’t belong on 4chan’ is anti-feminist. Women should be allowed to go where they want unless I’ve decided otherwise.”

“Jesus Christ, what will Joanne get up to next?” said ex-fan Linsday. “Harry Potter was mostly recycled stuff from The Chronicles of Narnia and Lord of the Rings. The Robert Gilbraith stuff is generic thriller schlock. She’s not even original in her shit opinions, she just says the same transphobic nonsense everyone else does. It makes complete sense that she’s a generic 4chan shithead now. Hey, maybe if I just copy and paste my old tweets dunking on her, she’ll think I’m being original and imaginative.”

At press time, Rowling suddenly announced that many of the goblins in the Harry Potter universe were actually not goblins at all, but a rare species of frog called Pepes.