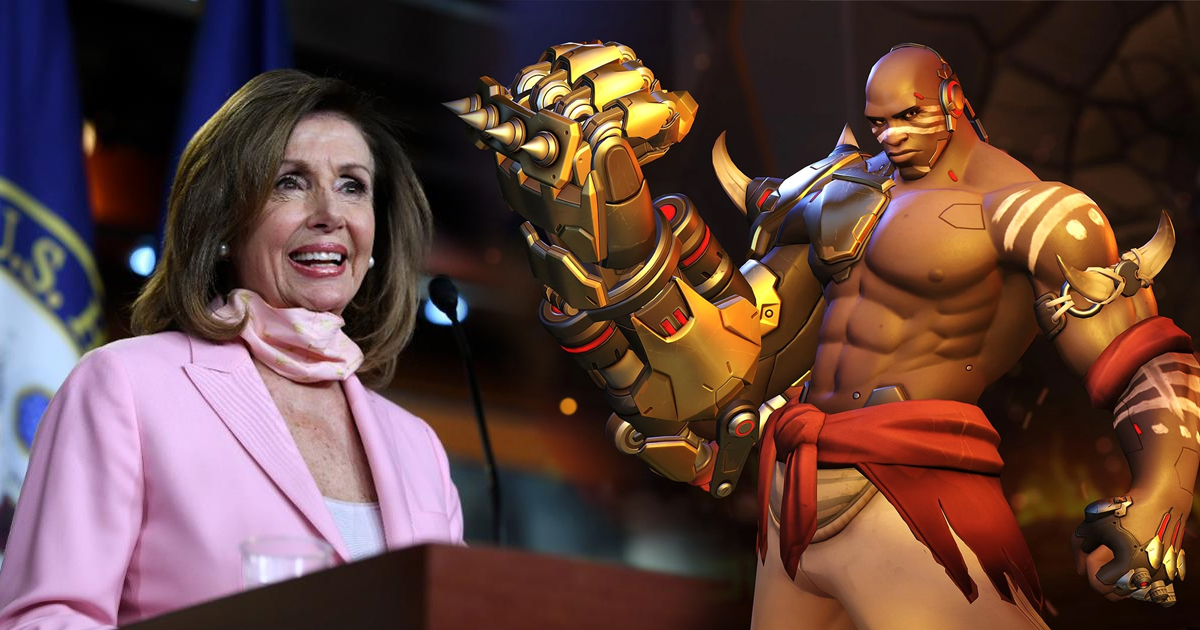 “Black Live Matters is such an important movement. I am honored to be a strong ally of racial justice,” she said in a livestream as her character stood idly, her teammates screaming in the voice chat for her to join the battle. “I wish I could do more to help, I really do. Unfortunately this one match is the limit of my powers as Speaker of the House. But if everyone comes together and votes for Democrats this November, maybe I can also play a second match as Baptiste. Black lives matter.”

Pelosi’s supporters rushed to social media to praise the Congresswoman’s show of support.

“I’m so happy to see our elected officials actually do something for once, unlike Trump,” said Kaley Graham, a 38-year-old California voter. “As a white person, everything with this whole racial thing can be so overwhelming. So it’s nice to see someone really put their money where their mouth is and play as a black character in a video game. I just can’t wait for this to all be over; fighting racism has been the hardest two months of my life.”

Those playing with Pelosi, however, were less enthusiastic about what they called her “political stunt.”

“Holy shit this fucking Doomfist player is so trash,” said D.va player xXdahkill3r04Xx. “Usually I’m really pumped when there’s a girl gamer on the voicechat but this dumb Nancy dickhead just kept talking about how it’s ‘unrealistic’ that we’ll ever get the objective. She had her ult ready all game and just kept trying to ‘compromise’ with the other team so that she wouldn’t have to use it. What the fuck?!”

At press time, Pelosi put forward a bill to write “BLACK LIVES MATTER” on the ground in Junkertown.