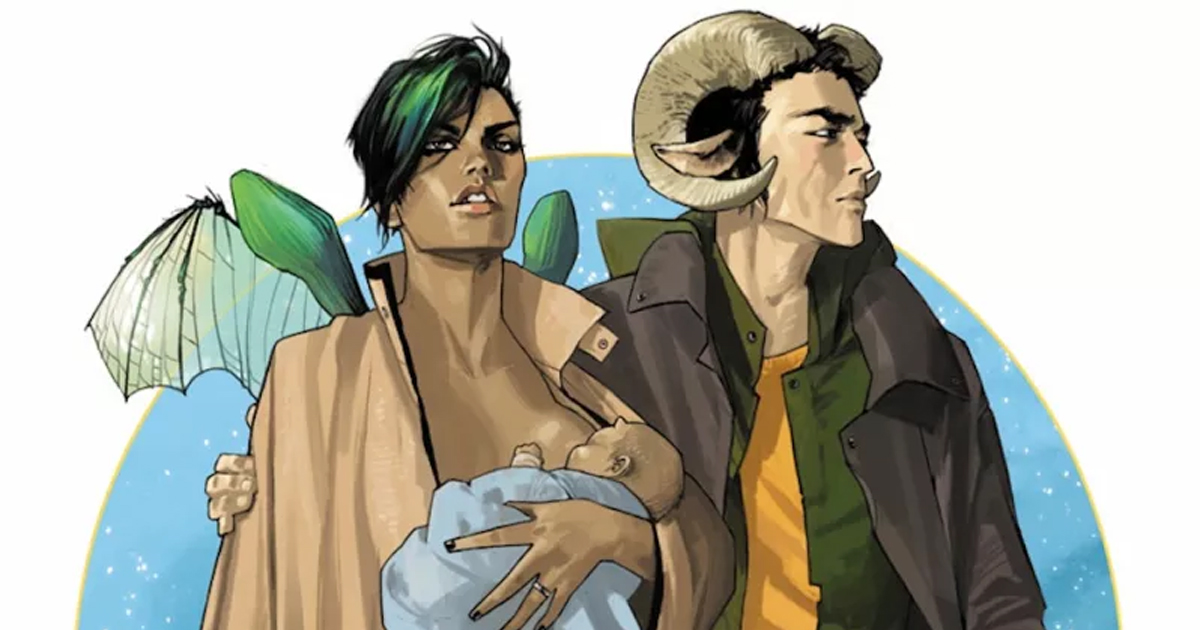 “We really hope Image [Comics] chooses Disney to ruin Saga,” said Alan Bergman, President of The Walt Disney Studios. “We will tear that bastard down to studs and rebuild it as a family-friendly comedy-action universe that will be sure to make its money back by appealing to the lowest common denominator. I tell you one thing, that adorable talking seal is getting his own origin movie.”

Not to be outdone, Netflix’s Vice President of Original Film Scott Stuber also threw the streaming service’s hat into the ring.

“We won’t change a thing about Saga,” he said.  “In fact, we will ramp it up, turning the first issue into a ten-part series with more violence, more sex, and more nudity. Only female nudity, of course, and only for sex. None of that motherhood nudity. Oh, and I love the topless spider lady, but we are going to lose the spider part of her.”

Though they are likely to be the two biggest contenders, there are several others hoping to secure the rights to the adaptation.

“We are going to hire the most up-and-coming music video director,” Warner Brothers’ Toby Emmerich reportedly told Saga creator Brian K. Vaughan over lunch. “He’ll promise the fans that he’ll remain true to the story only to completely change it to put his auteur stamp on it, and that, combined with constant studio intervention, will deliver a beautiful but soulless film we can show in 3-D. Oh what am I thinking? Let’s just get Zack Snyder!”

As of this writing, Vaughan hasn’t decided which studio he has picked to destroy the story he has been creating since childhood.