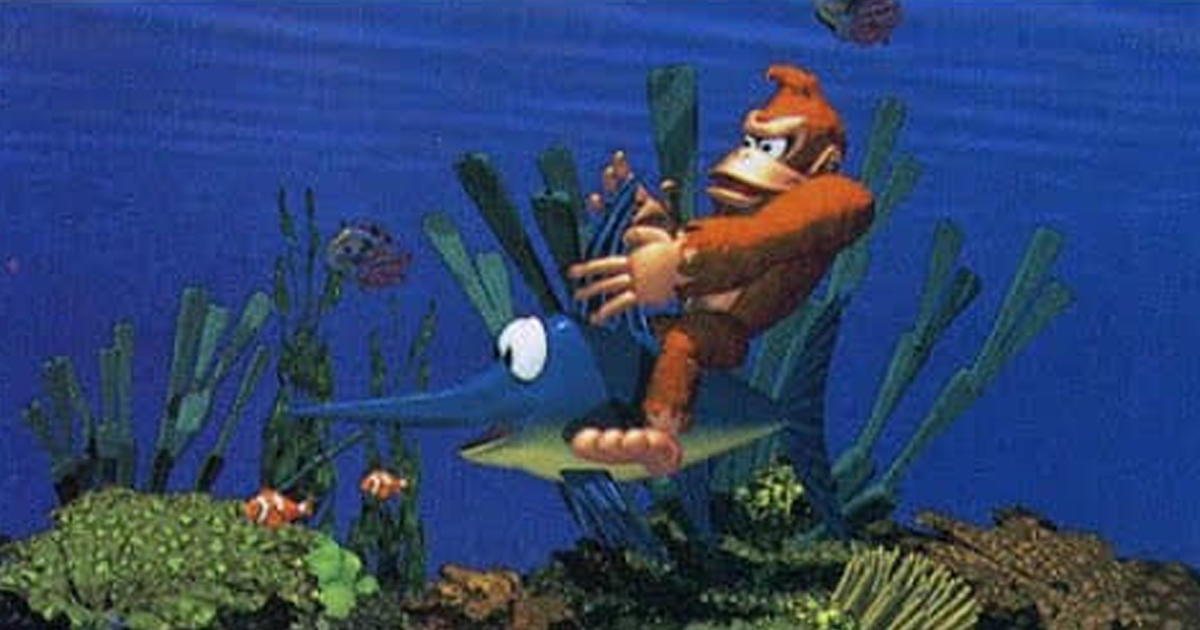 “They came to me about the idea of a level with Diddy riding Enguarde below the sea, not worrying about air or anything, just slaughtering fish and snatching ‘nanas,” said Wise reflecting on his iconic work 26 years ago. “I said to them, ‘I’m not going to score a monkey riding a swordfish, I’m going to score your goddamn heart and soul riding a swordfish!”

Wise revealed that his process was more involved than most of his other work on video game soundtracks over the years. Inspired to create something special, he embarked to the Great Coral Reef in search of inspiration for the piece.

“I ended up dropping about 8 tabs of acid the first day I was there,” he said. “I took off all of my clothes except for a red tie and went snorkeling. I found a swordfish and looked it dead in the eye. The swordfish then turned its back and signaled to me with its tail to hop on board. I rode that dude for 12 hours straight. When I came home, the song flowed out of me. At that moment, I was merely a seismograph, recording the vibrations of my experience.”

By all accounts, the team working on Donkey Kong Country were very pleased with Wise’s contributions, particularly ‘Aquatic Ambience.’

“We cannot stress enough how little expectations we had for this level that was mostly meant to introduce Enguarde. We expected maybe a little silly saxophone riff or some xylophone,” said Tim Stamper, co-founder of Rare, his eyes welling with tears. “I’m sorry. Every time I think of that song I get worked up. It is the soundtrack to eternity, of all us creatures floating in an endless sea of time and space searching for our own meaning.”

At time of reporting, Dave Wise is currently on an ayahuasca trip in the Amazon in preparation for an untitled project which he could only reveal, “involves a monkey in a ballcap shooting itself out of a barrel and into a tree to collect bananas.”