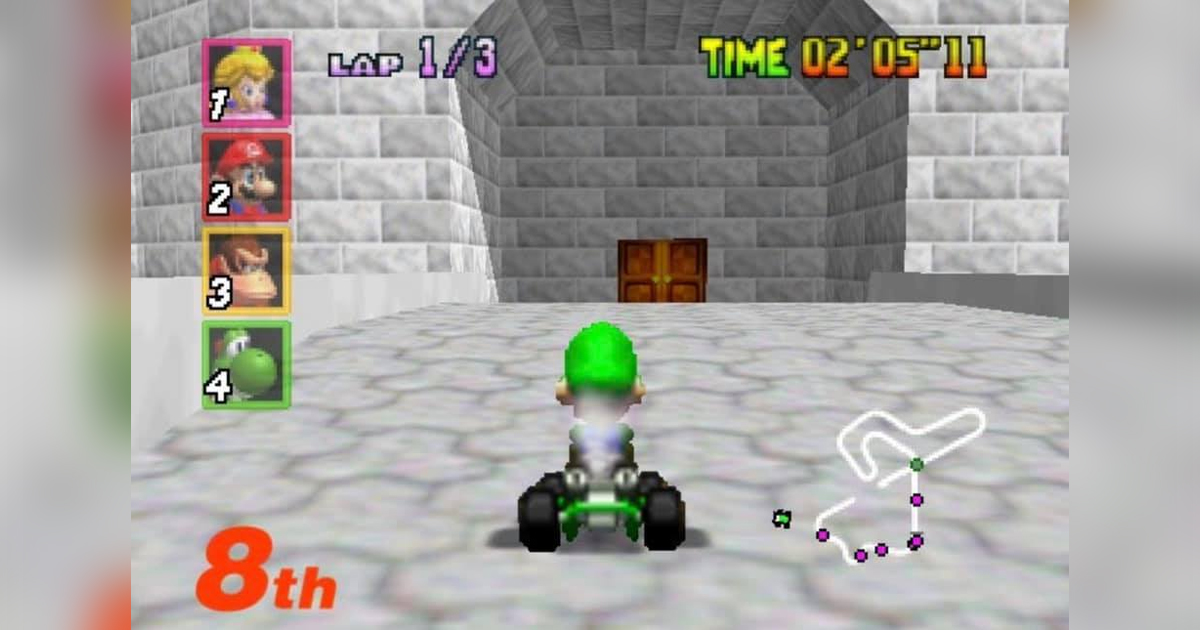 ROYAL RACEWAY — A kart driver at the Royal Raceway Grand Prix was accused of trespassing on the grounds of Princess Peach’s Castle this morning, despite claims that he was “just trying to see if it would let me go all the way over there.”

“I was coming up on the end of the race and there was no way I was getting the win, so I figured I’d check out the castle for a minute,” said Donkey Kong, a longtime heavyweight on the circuit. “Turns out you can go over there. Pretty cool.”

Kong veered off the course at full speed, blasting through the manicured lawn and onto the bridge, before slamming into the front doors of the castle. He ultimately found it underwhelming.

“It looks like shit and there’s nothing to do,” said Kong, who eventually just drove into the moat so Lakitu would come get him. “Mario and Toad are always going on and on about the cool adventures they have at the castle, but I’m starting to wonder if they’re lying.”

Track manager Lakitu complained that Kong was far from the first to pull the stunt.

“No matter how many times I dangle a REVERSE sign in front of them, drivers are always going over there,” he said, pulling Kong out of the moat and ferrying him back to the track, where he immediately started driving back to the castle. “Ugh, come on. If you like the castle so much, just get the other game! It’s on the Switch now.”

At press time, Lakitu had to go pick up Wario, who had driven off the edge of the course in Frappe Snowland, thereby resetting the lap counter and jumping into first.

“Cheaters, every one of them,” said Lakitu. “I hate this job.”