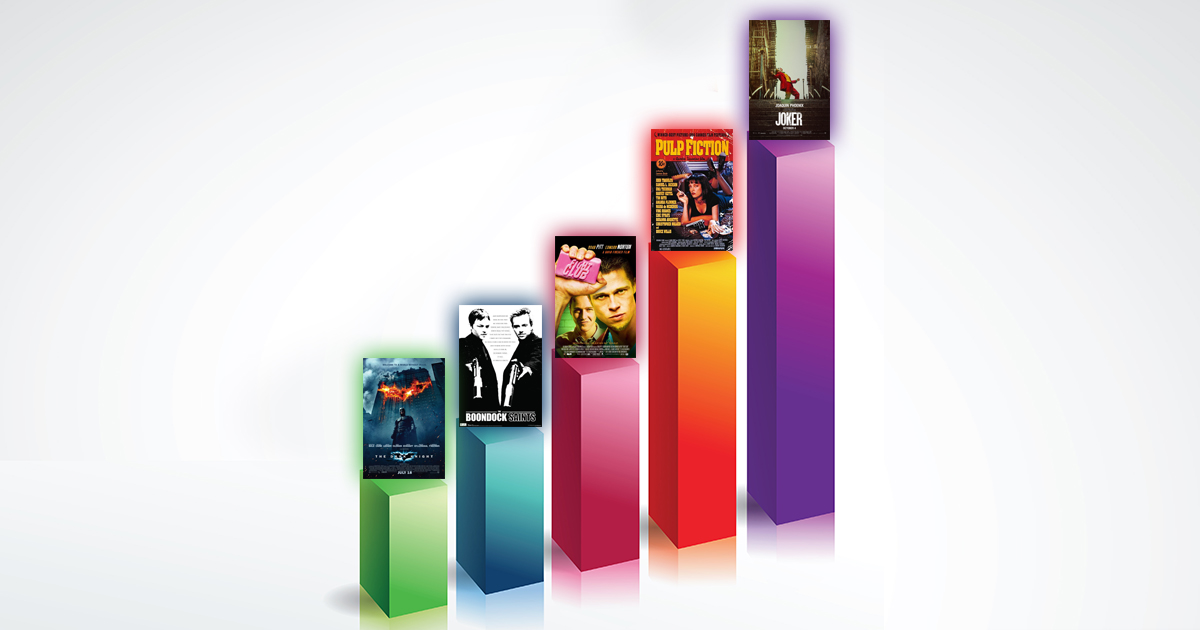 NEW YORK — The wall decor world was stunned this week when the American Poster Society revealed that 2019’s Joker has already overtaken Quentin Tarantino’s Pulp Fiction on a majority of dorm room walls, knocking the cult film poster out of its top-ranked its helped since the movie’s release in 1994.

“Fight Club and Boondock Saints gave Pulp Fiction a good run for its money, but Joker was the first to actually do it,” poster enthusiast Ray Marshall said. “We haven’t seen numbers like this since John Belushi’s Animal House poster in ‘78. One of the all-time classic posters.”

College bookstores all over the country have reported that Joker posters sold out in record time.

“We were not prepared to meet the demand,” New York University Bookstore employee Lydia Rockwell said. “I mean, we still have piles of unsold Scarface and Goodfellas posters, but no one’s buying them. Thank god we stopped ordering Dark Knight posters last year or we’d be buried in them.”

Columbia College Chicago’s incoming flock of freshman film students have reportedly been hanging the posters two at a time due to both roommates bringing their own.

“My roommate brought the stairs one but, like, everyone has that one,” Columbia College Chicago student Gavin Lee said. “But I have the more artistic one that is just a bit of the Joker’s face at the bottom, which I think is more artistic and reflects the symbolism of the character’s mindset. If you study film like me, you’d understand.”

With Joker dominating the list, unfortunately the poster for the 2001 film Donnie Darko has officially been knocked out of the top 10. Director Richard Kelly was clearly upset about this unfortunate news.

“Please stop talking to me about fucking Donnie Darko,” Kelly said via phone. “I made that movie eighteen years ago. Jesus Christ. Why doesn’t anyone ever ask me about Southland Tales or The Box?”

Vegas is reportedly offering 3 to 5 odds on the Birds of Prey (and the Fantabulous Emancipation of One Harley Quinn) poster making the top ten by end of first quarter 2020.