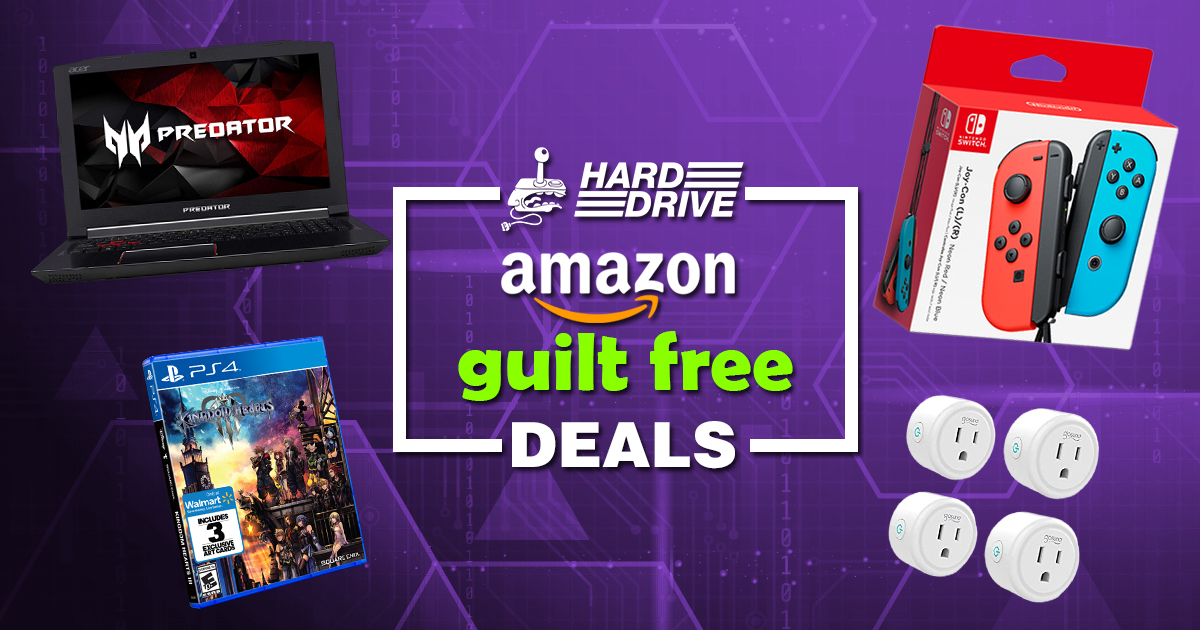 Well, frugal gamers, Amazon Prime Day 2019 has ended. Millions of shoppers got some great deals, but millions more chose to abstain in solidarity with overworked fulfillment employees striking over inhumane working conditions. If you were one of the people who chose not to cross the digital picket line, you may have missed out on some incredible savings — but that doesn’t mean you can’t still get some relatively great bargains today!

The Hard Drive Deals Team has been hard at work, and we are pleased to present you with this definitive list of the best gaming and tech deals on Amazon now that Prime Day is over and it is once again okay for you to indirectly enable the abuse of warehouse workers. Just make sure to click all the links so we get our sweet, sweet sponsored Amazon dollars.

Square Enix’s long-anticipated sequel to Kingdom Hearts II has had its price slashed to $20. It’s so low that an Amazon warehouse employee making minimum wage could afford it after only two hours of backbreaking work and still have almost $10 left over! Almost.

Acer is known for their consistently high-quality budget gaming laptops, and the Helios 300 is no exception. It’s marked down from $1,299.99 to $899.99, which is still kind of steep for a single purchase, but you can afford that no problem, right? It’s not like you work all day in a giant facility lifting boxes and carefully planning out your bathroom breaks for pennies.

The best part of playing Nintendo Switch is being able to bring it on the go and share it with friends, and it’s always good to have an extra set of Joy-Con to pass around for a round of Smash Bros. Ultimate or Mario Kart 8 Deluxe. There’s still an ongoing issue where certain Joy-Con might drop inputs or have some analog stick drift, but if that happens, you can always just mail them back to Amazon for an immediate refund and let some loser on his third consecutive shift at the warehouse deal with it!

These are from some generic manufacturer we’ve never heard of until we filtered Amazon’s best-selling products page by lowest price to find another product to pad out this article. They’re probably from China, and most likely made in a way that’s incredibly damaging to the environment, plus you might not even need all four of them. But they’re only $22.99, which is $5.75 per plug, and with the way these Amazon warehouses are so efficiently stocked and organized, they’re probably right next to the gaming laptops and it wouldn’t even be much trouble for the mother of three hustling to meet her quota to add it to your package on her way to her lunch break.

There Is Power in a Union: The Epic Story of Labor in America (Paperback) – $16

The paperback edition of Philip Dray’s history of American labor unions is down to $16 with free two-day shipping on Amazon Prime, the lowest price we’ve ever seen.