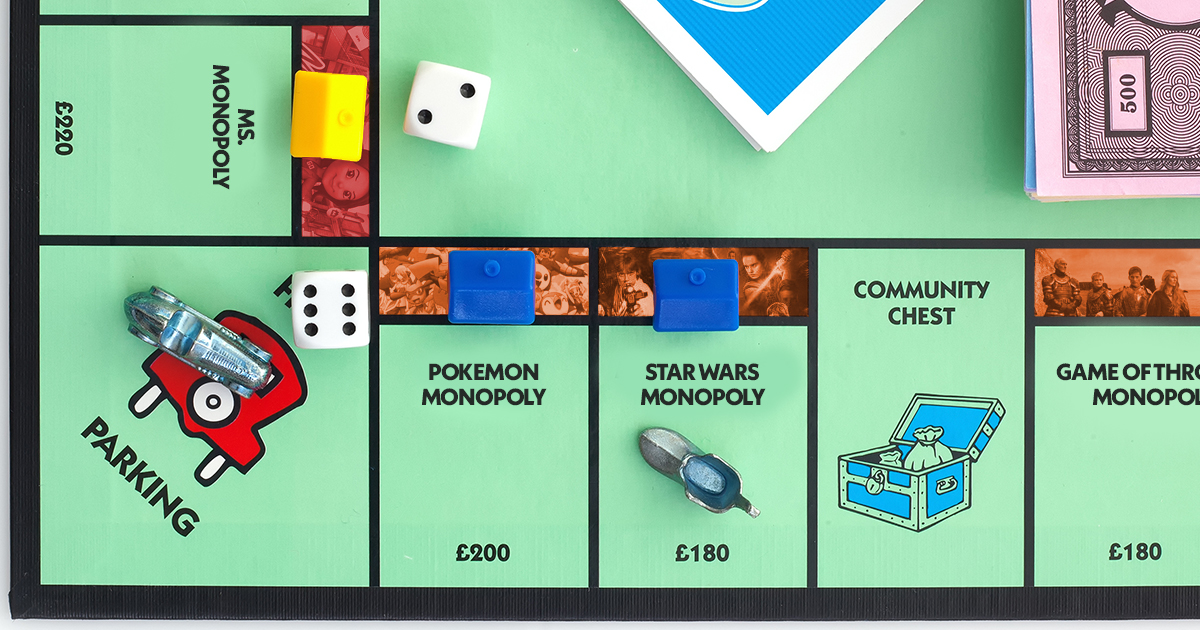 PAWTUCKET, R.I. — Hasbro announced the next installment of the beloved board game Monopoly with the commemorative Monopoly: Monopoly Edition. Each tile on the board will represent one of 22 iconic Monopoly editions from throughout Monopoly’s history.

Monopoly: Monopoly Edition was announced with much fanfare at Hasbro’s corporate offices.

“This game is the culmination of years of hard work from the Monopoly design team,” said Hasbro President John Frascotti. “Most of the time was spent struggling with the momentous challenge of whittling down Monopoly to just 22 editions.”

Monopoly: Monopoly Edition had been plagued with behind-the-scenes drama since its inception. Widely reported rumors tell of a turbulent production, made up of long hours and a hostile workplace. There was even allegedly a fist fight between Frascotti and the game’s lead designer over which Monopoly edition would represent St. James Place.

Frascotti dismissed questions about the working conditions, and instead focused on the exciting new gameplay of Monopoly: Monopoly Edition.

“We think this new board will allow for all sorts of fun game modes,” said Frascotti. “We’re imagining a version where, whenever a player lands on a Monopoly game, they break out that version of Monopoly, and play a game on that Monopoly board. Whoever wins that game gets to make the first bid for the tile. But that’s just one idea. The possibilities are endless.”

While Monopoly: Monopoly Edition will contain many popular Monopoly titles, like the Star Wars edition or Monopoly for Millennials, Frascotti said the game will also contain some deep cuts to “introduce casual players to the wide and wondrous world of Monopoly.”

“It was important to us to not just focus on the hit Monopoly games, but also smaller editions that, while less popular, were highly influential,” said Frascotti. “One game the designers felt they had to include was the Jay and Silent Bob Strike Back edition, a tie-in to the film of the same name. While it only sold 1,000 copies, they say that everyone who played it became a Monopoly designer themselves.”

Fans who pre-order the game will get a bonus art book, containing art featured in and inspired by all 1,144 versions of Monopoly that have been printed.