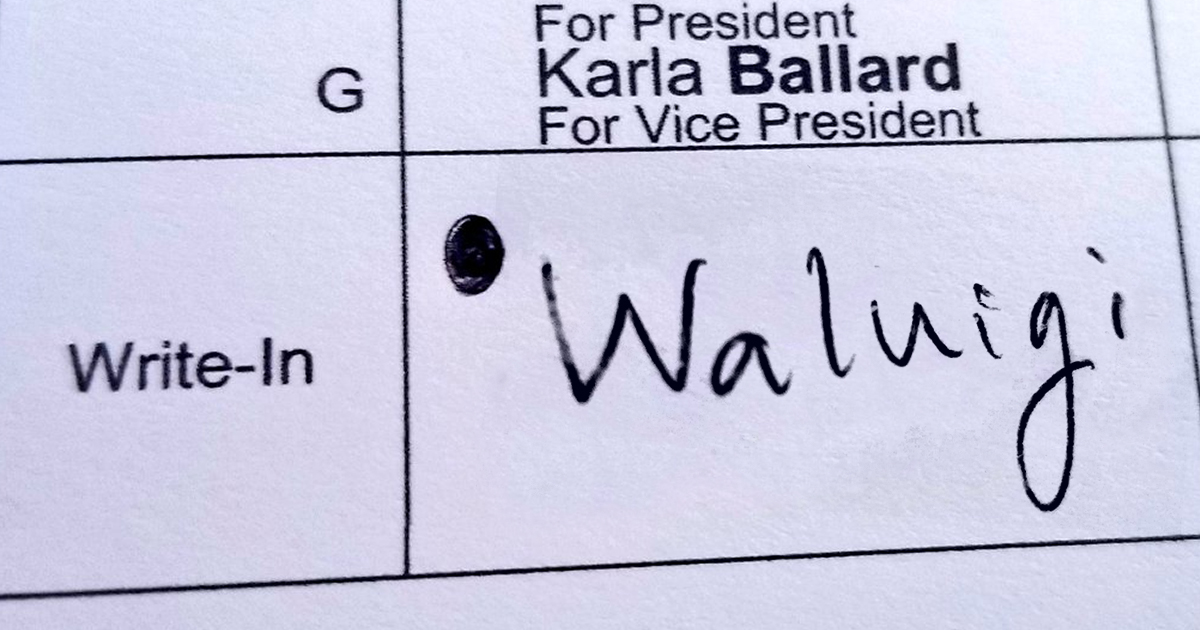 ROCHESTER, N.Y. — Local voter Martin Frost does not actually want video game character Waluigi to be president, despite writing him in under “president” on his ballot today.

“I just think it’s funny to vote for Waluigi,” Frost explained to friends. “But do I think Waluigi would be a good president? Probably not. He and I don’t exactly share the same values — he’s greedy and vindictive — and I don’t even know what his policies are. Besides, I hate how much Trump golfs now, so I can’t even imagine how much Waluigi would play tennis, or go-kart, or party as president. Thankfully, he’s just a fictional video game character. Also I live in a deep blue state, so it’s pretty unlikely Waluigi would win — at least, according to FiveThirtyEight.”

“Plus,” Frost added, “Waluigi has never been accused of sexual assault, as far as I know.”

Despite it being incredibly unlikely that Joe Biden loses New York state, many of Frost’s friends are upset that he did not vote for Biden in the 2020 election.

“This election is just too important to mess around and not vote for Joe Biden,” said Frost’s friend Caitlyn Montgomery. “Obviously Biden will win New York, but we need to run up the score in case Trump fights it in the Supreme Court. Because I am 100% sure that, when it comes to that, SCOTUS will read the names of every single person who voted for Waluigi — and it’s going to be the deciding factor. Waluigi was created in the year 2000, and I voted for him in that presidential election. I have regretted it every single day since.”

At press time, those familiar with the situation reported that Frost had begun to regret his decision to vote for Waluigi, citing tightening polls, and wished that he had instead voted for Dry Bones.