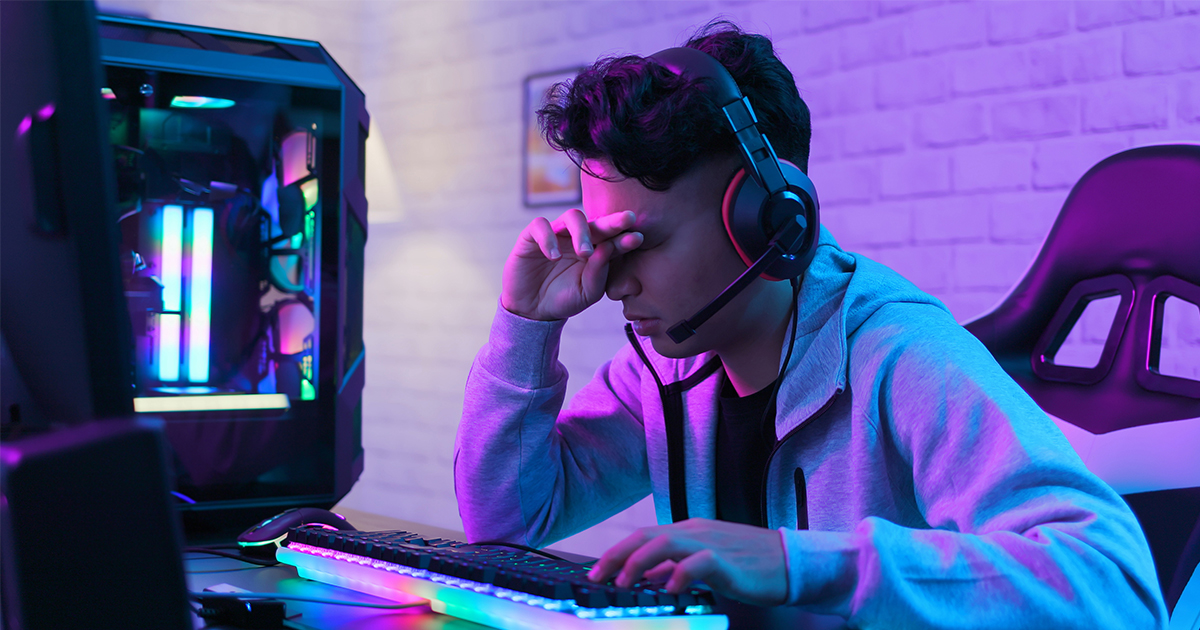 SANTA ANA, Calif. — Local gamer Niles Rosenbaum decided to increase the difficulty level of his life by reducing his sleep to three hours per night, creating a more challenging experience that feels more rewarding at the end of the day.

“Life was fine before, don’t get me wrong, it’s just that it started to feel too easy. I would wake up in the morning, shower, make breakfast and get to work on productive tasks without much of a struggle,” said Rosenbaum, who has since started a new Morrowind playthrough that keeps him up until at least 5 a.m. each morning. “But now that I’ve switched my life to hard mode, every day is like facing a brand new challenge.”

In addition to reduced speed, stamina, and intelligence stats, the increased difficulty also adds completely new obstacles to his life, including an appearance modifier that makes it nearly impossible to pass dialogue checks with other characters.

“I was on a Zoom call for work, and every time I piped up, people would just kind of pause and clear their throats, and then keep going. My coworker later said that there was a huge ketchup stain on my shirt and bags under my eyes. So now I’m going to have to figure out how to work around that,” said Rosenbaum excitedly. “Such a cool feature!”

While Rosenbaum has found the extra difficulty to be enriching, other people in his life claimed it’s just an excuse to game all night and ignore his responsibilities.

“Niles used to pay his half of the electric bill the second I asked, no problem,” said his longtime roommate Drew Thompkins. “Now I have to ask him like five times because he always ends up getting distracted. He says he likes the ‘tactile stimulation’ of trying to work Venmo when he can barely keep his eyes open, but either way, I’m the one getting screwed.”

At press time, Rosenbaum was reportedly working on a social media post complaining about those who sleep eight or more hours per night, claiming they are lazy casuals who cheapen the experience of life for everyone else.