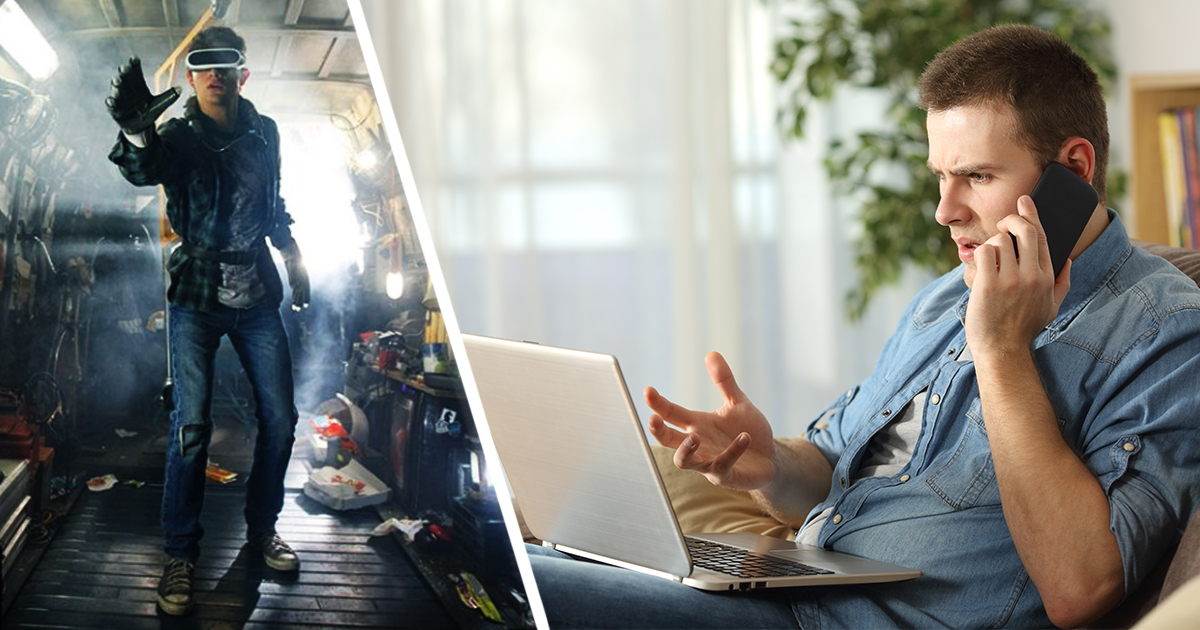 LANSING, Mich. — Chuck Cottington, a friend you haven’t liked in years, has made it clear that he will be voicing unrelenting criticism for the upcoming Ready Player One film adaptation until it’s release next March, prompted or not, according to close sources.

“That book is absolute gutter trash,” said Cottington, in an unsolicited phone call late last night.  “You can’t just roll a bunch of fan service and nostalgia together and trick me into thinking that’s exciting.  Can you think of anything more annoying?!”

Cottington has been vocal about his disapproval for the franchise since Ernest Cline’s novel was initially published six years ago. Many sources have reported that he is generally the one to bring it up in conversation.

“I hadn’t even heard of it before he started talking about it so much,” said Clare Dunning, a mutual friend.  “I thought it sounded kinda neat, so I checked it out.  I told him I didn’t hate it, and that was the worst mistake of my life.  He keeps standing outside my window at work yelling about how insulting it is that they got Steven Spielberg to direct a book filled with references to his films.  I see his point, but he also got me fired.”

“Of course they’re doing a fucking movie,” said Cottington.  “You realize that Hollywood ran out of ideas years ago right?  There’s like nothing to look forward to anymore.  You know what we need? A  sequel to Breaking Bad.  Have I told you to watch that yet?”