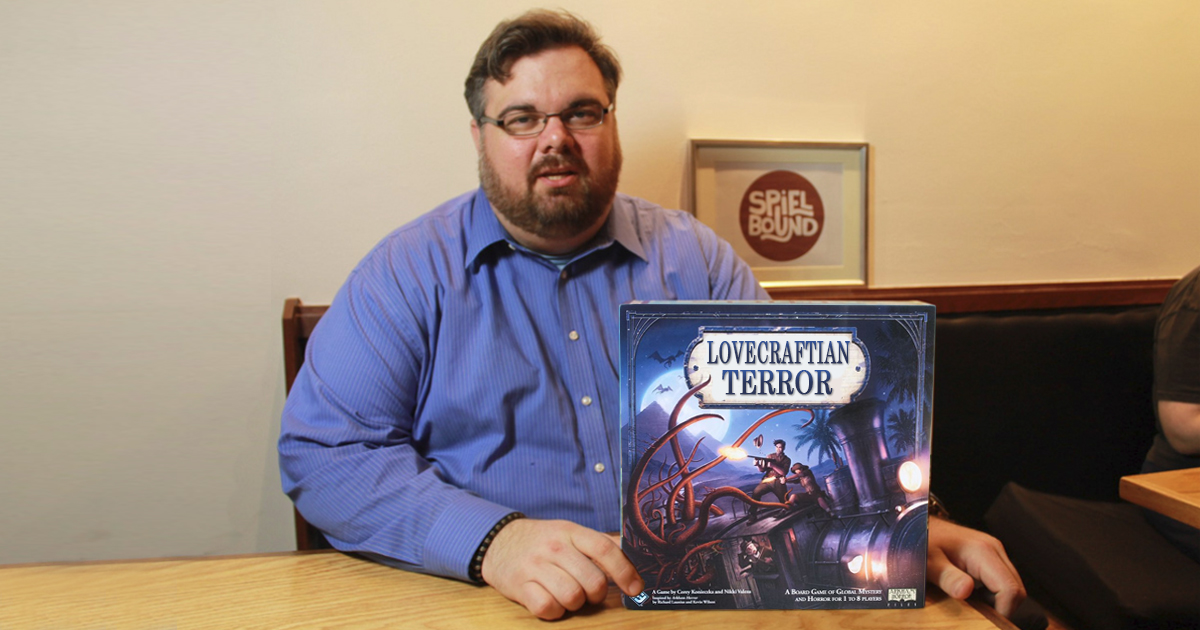 MISSISSAUGA, Ontario — After last week’s successful breakdown of the rules of Scotland Yard, a local group of friends met up once again for a rousing night of having overly elaborate board game rules explained to them.

“We spend so much time staring at screens nowadays, so sometimes it’s really fun to just gather together around a table and have every grueling aspect of an unnecessarily complicated game laid out in front of us,” said Andrea McNaughton, a regular attendee at the events.

The group spent a five-hour evening attempting to collectively understand the popular board game Lovecraftian Terrors, reading the entire manual aloud and arguing over where the game pieces were supposed to go.

“So when we activate the ‘Truth’ cards in the third round and turn back the flow of time, we have to roll seven Reversal Dice, and at that point the order of the turns becomes counter-clockwise, starting from the person whose half-birthday is furthest away,” explained host Greg Ni to his closest friends, all of whom were checking Facebook throughout his explanation. “Got all that?”

Ni, McNaughton, and their friends eventually resorted to viewing a 45-minute long YouTube video in an effort to understand the game. At this point, the group reportedly began to eye various Vine compilations in the recommended videos as the explanation continued.

“Sometimes we go back to basics and review all of the rules of the Monopoly together,” said McNaughton. “But most of the time we like to try something new, and I’m really digging how ridiculously elaborate the Lovecraftian Terrors rules are. Trying to understand why the fuck I’m supposed to flip over my character card as we skip over two players’ turns with our remaining “Deceit” cards is a really thrilling experience.”

The group dispersed around midnight, having fully reviewed every detail of how to play the game without ever actually beginning it.

“I’m really happy with how this evening went,” said Ni. “Sure, we didn’t end up playing the game, but I’m fairly certain everyone knows how to play it in theory at this point, which is what these evenings are really all about.”

At press time, the group was reportedly planning on starting a campaign of reading and explaining the full Dungeons and Dragons Player’s Handbook to one another in excruciating detail.