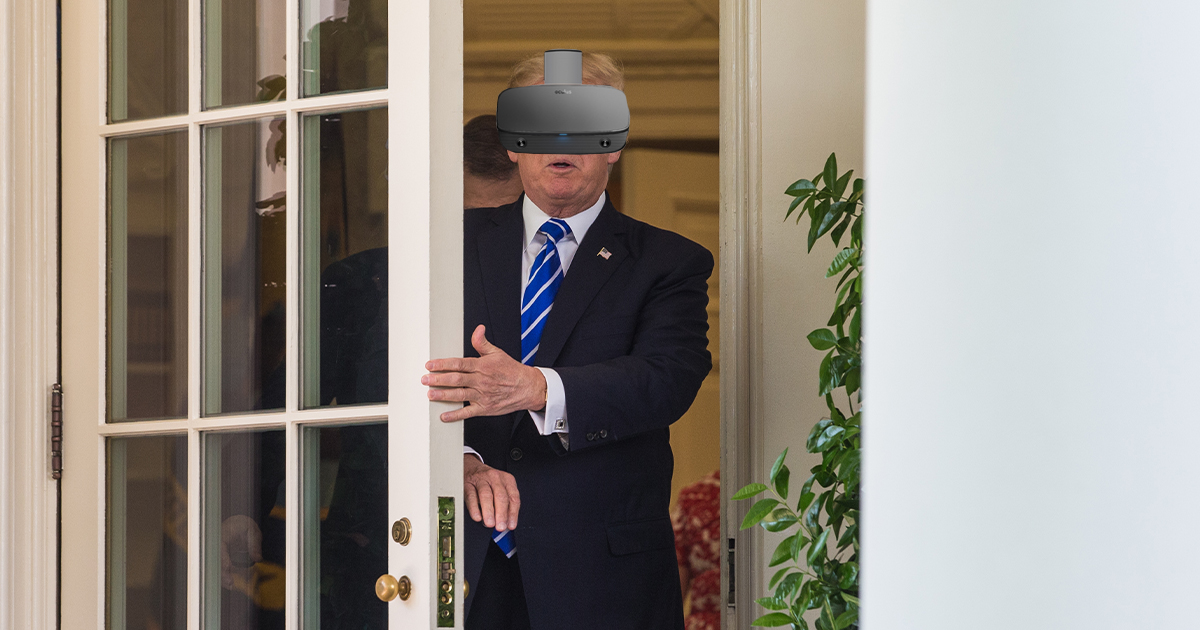 WASHINGTON — Only a few hours after being banned on Facebook, President Donald Trump erupted in anger when he realized that he was no longer able to operate the Oculus gaming system the First Lady had given him for Christmas, terrified staffers report.

“All I wanted was to play Beat Saber to take my mind off things because I am the best at that game and beat all the records. Very unfair. It’s very unfair!” the President said while wearing the device and swinging his arms around wildly though nothing played. “The Oculus is the hottest and best gaming system on the planet, everyone is saying it. PlayStation and Xbox are all fake consoles. It’s totally ridiculous! I wanna play Superhot. It’s incredibly super… and it’s hot! Get Zuckerberg on the phone!”

According to those familiar with the situation, White House Chief of Staff Mark Meadows did his best to help calm the president.

“It turns out you can’t even use the system without a Facebook account. I was going to log him into mine, but I don’t want my friends knowing I have an Oculus, because then they’re all gonna be asking to borrow it or whatever,” Meadows said while cowing in his office. “This couldn’t come at a worse time, what with the failed coup and all. We thought he just might play Pistol Whip all day until his term was up and tire himself out. No such luck. It would probably be the best for America if they let him play.”

When reached for comment, Facebook VP of Public Affairs Vicky Benson said that the company stands by their decision.

“We are sorry that the President can’t play fantastic games like Raccoon Lagoon, but we feel that this is an appropriate punishment for someone who tried to enact nationwide violence in order to ensure his position of power. He needs a time-out,” Benson explained. “Once the president is out of office, however, he is more than welcome to start his Oculus experience again. Perhaps he would even like to buy a second system to play against his friends, as they retail for $299.99 at your local Target or Best Buy.”