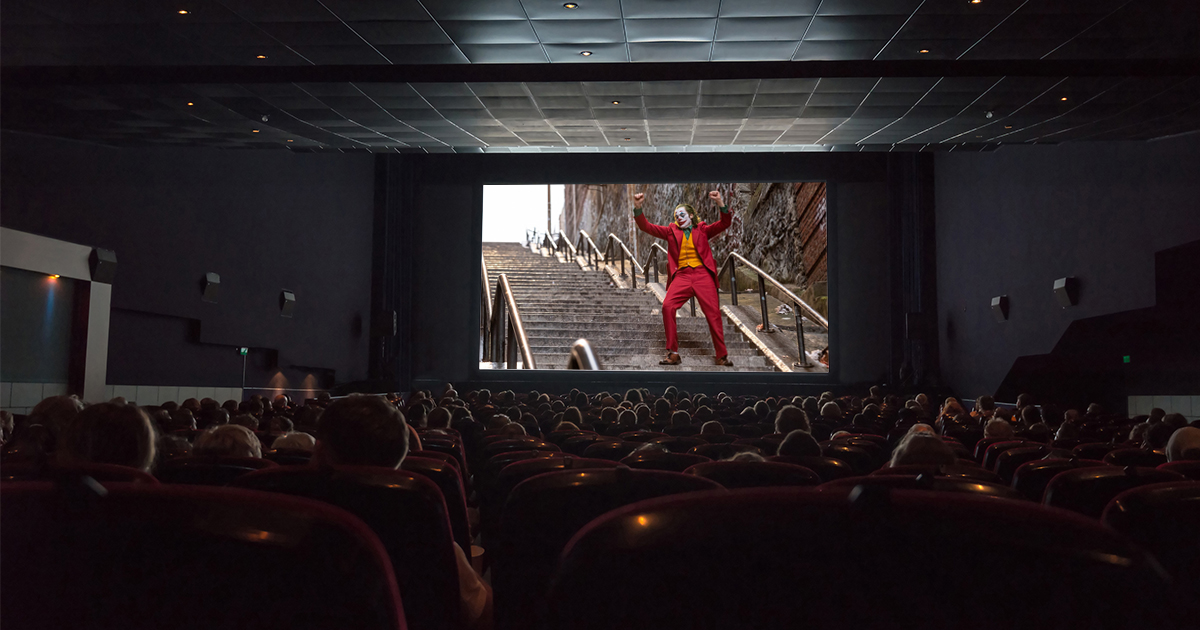 BURBANK, Calif. — Every single member of the audience at the premiere screening of Joker at the AMC 16 last night was reportedly “poised and ready” to commit a mass shooting at any second, deeply celibate sources have confirmed.

Local convenience store clerk Trevor Blakely, 32, was one of the several hundred men whose plan involved coming to murder everybody else in the theater until being dramatically gunned down by police.

“I came here to do a shooting myself,” he stated before hitting a vape, swigging Mountain Dew, and exhaling the vapor. “I came all strapped up. I had my AR-15, my Mossberg Shockwave, I even had two Berettas I was gonna shoot at the same time like The Matrix, then I noticed another guy getting out of his car with an AR-15! I was like, ‘Hey man! Back off. This one’s taken!’”

Stefano Costa, 22, a comic book store employee, was also dismayed to find out he had been beaten to the punch.

“Man, I been planning this shit for months. I always looked up to the Joker on account of he’s real twisted and shit, and now I can’t even shoot up the movie ‘cause of all these fools!” he complained, gesturing to the theater full of young men in lumpy trench coats. “This shit’s gay.”

The film made headlines earlier this week when President Trump declared a national state of emergency in anticipation of violence, with many cities declaring martial law.

The tension at the screening continued to build as various shooters argued over who would be the one to commit the shooting, but the conflict eventually diffused as common ground was discovered.

“I was pissed at these guys for ruining my chance at a hero’s death, but as we started arguing I realized we actually have a lot in common,” stated Blakely. “We all love InfoWars, shooting guns, and posting on Reddit. We might actually hang out after this. Maybe I won’t kill myself after all! Or them.”

At press time, everyone had put aside their differences, returned their guns to their cars, and were all thoroughly enjoying the film.