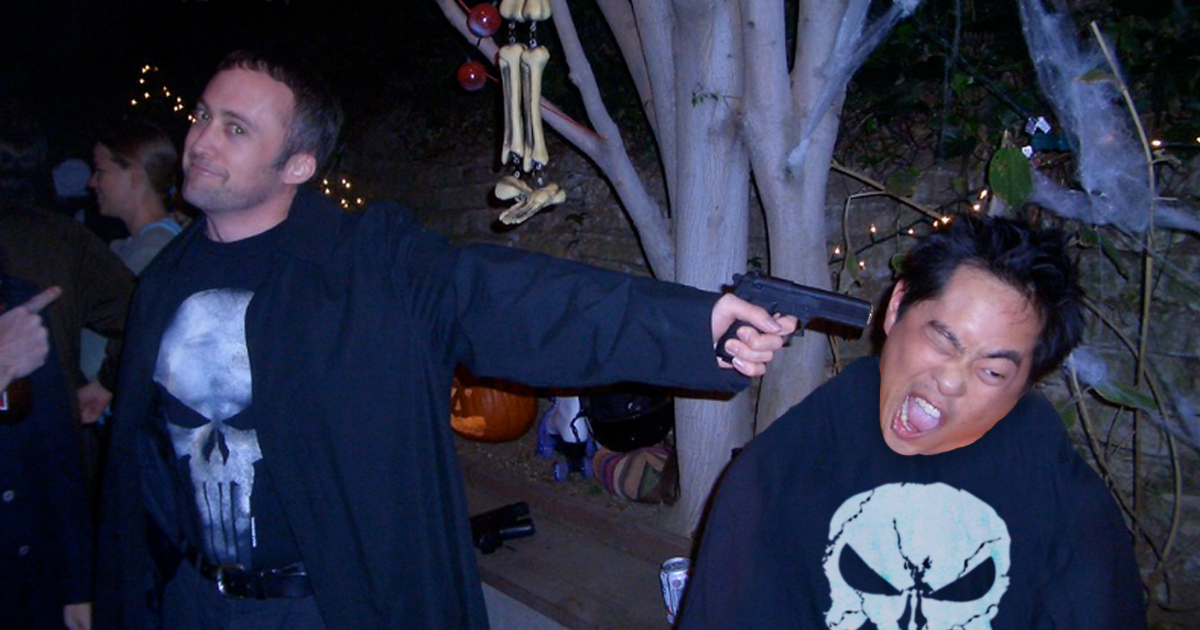 ONEONTA, Ala. — A social faux pas was committed at the annual Blount County Police Halloween Ball after every single officer and deputy dressed as Marvel Comics’ vigilante the Punisher, according to those in attendence.

“I really thought it wouldn’t happen again this year,” said Oneonta officer Darrel Hainsworth, playing with the fabric of the giant skull symbol on the front of his bulletproof vest. “We all agreed that only a quarter of us could do it to avoid looking stupid and I should have been in that quarter! It’s just such a cool costume. Everyone I know thinks so.”

“Granted, everyone I know is a police officer,” he added.

Deputy Hal Johnson, from the town of Warrior, was reportedly embarrassed to have worn the exact same costume as Hainsworth for the third year in a row, especially considering he just got a full-back tattoo of Frank Castle wrapping a man’s intestines around a tree from The Slavers.

“That’s the one where he beats a woman to death against a window,” Johnson said to Hainsworth. “I forget what the context was, but who cares? It’s freakin’ nasty!”

According to those at the party, the police officers tried to wrap their heads around why they feel such a connection with the character.

“I think we all just need a day to unwind and feel free and that’s Halloween,” said Allgood officer Martin Smith, fiddling with a gun he was 75% sure was a prop but couldn’t remember. “Being a police officer is hard work and we all look up to this guy, the Punisher, because he’s a fantasy character who has unchecked power to do whatever he wants to stop crime as well as settle personal beefs with violence. Obviously, that doesn’t exist in the real world, not even a little bit. But sometimes — just sometimes — we all wish it did.”

As of press time, a man was carried to the entrance of the Blount County Police Halloween Ball and physically thrown out for mentioning the story where the Punisher is black.