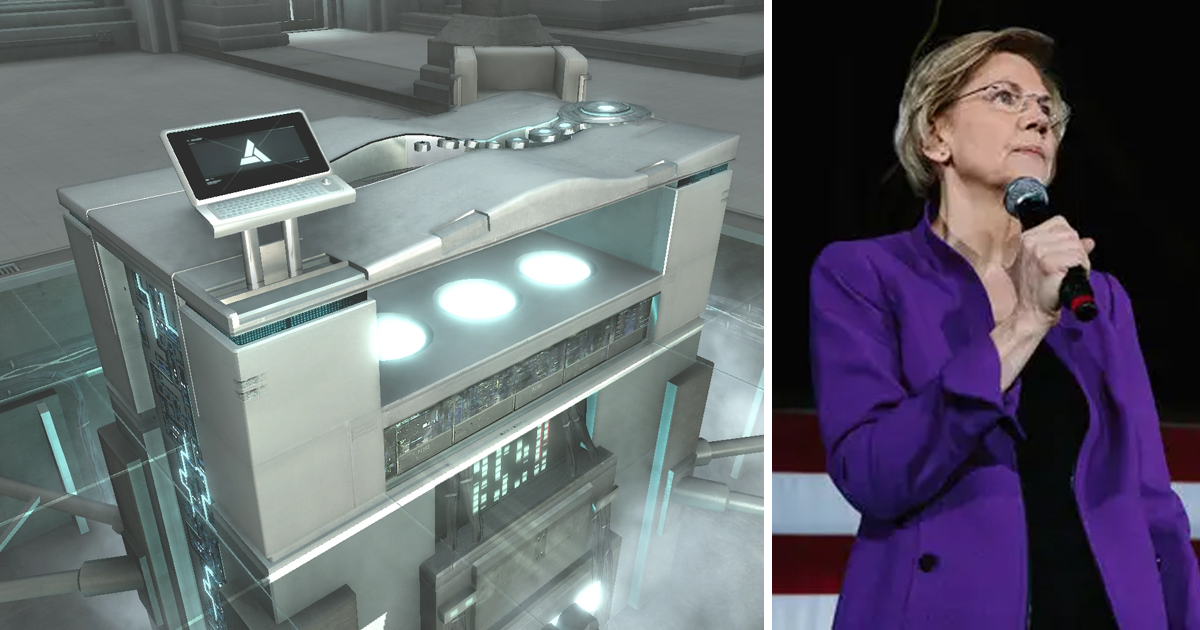 NEW YORK — Presidential candidate Elizabeth Warren invited press today to watch her enter into an Animus provided by Abstergo Industries so that she could live as one of her alleged Native American ancestors.

“As my DNA test showed, somewhere deep in my family’s past is a Native American,” Senator Warren explained to press. “It’s time to put my money where my mouth is. These guys say they can get me right into the body of my ancestors and I’ll be climbing and backflipping around the 15th century Americas with my great great great great great great grandpa in no time.”

“We warned Senator Warren that this is an extremely experimental procedure. We have never gone so deep into a person’s DNA timeline before,” said Jones. “She was insistent however, grabbing me by the scruff of my collar, saying, ‘If I wake up and I am not in a teepee, an Iroquois longhouse, or whatever the fuck kind of home my Native American ancestor lived in, I will pass so much regulatory legislation your head will spin.’”

“It is by far the weirdest threat I’ve ever gotten in my career and I am in the middle of a battle between two secret societies,” Jones said, shuddering.

At press time, Senator and Presidential candidate Kamala Harris reportedly reached out to Abstergo Industries to see if she could enter the body of herself smoking weed and listening to Tupac in the ‘80s.