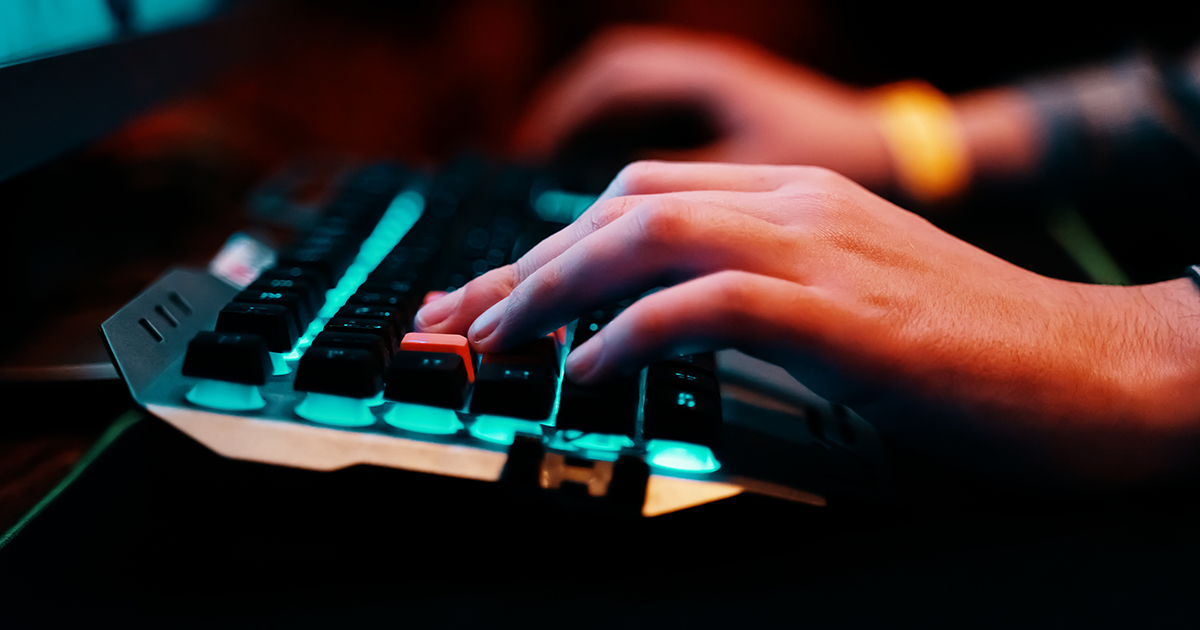 “Losing mom was really hard,” Ward said. “Due to the nature of her illness, it sort of felt like we had lost her years ago and were just waiting for the other shoe to drop. I feel strange and empty. I have this deep sense of grief, but at the same time, I feel relieved that she will finally be able to rest. So that’s helping me get through this, I think. That and the fact that I sent all the emails to my family using these sick rainbow RGB lights from underneath my keys.”

“I guess in a lot of ways, that’s its own kind of illness,” Ward added. “The cool kind.”

According to those close to Ward, he has kept news of his mother’s death close to his chest.

“I heard a bunch of really loud clicking noises coming from his office so I went in to see what kinds of badass gaming he was up to. That’s when I realized he was booking a venue for his mom’s wake,” said Ward’s boyfriend Stephen Lloyd. “People might think it’s weird or sad to make funeral arrangements with a top-of-the-line mechanical keyboard, but I don’t really get why. He’s able to pick the look of the casket faster than anyone else. He can slide his hands across the keys to book the room within the venue with ease.”

At press time, Ward posted a heartfelt tribute to his late mother and clicked ‘post’ with one of the little side buttons on his elite gamer mouse.