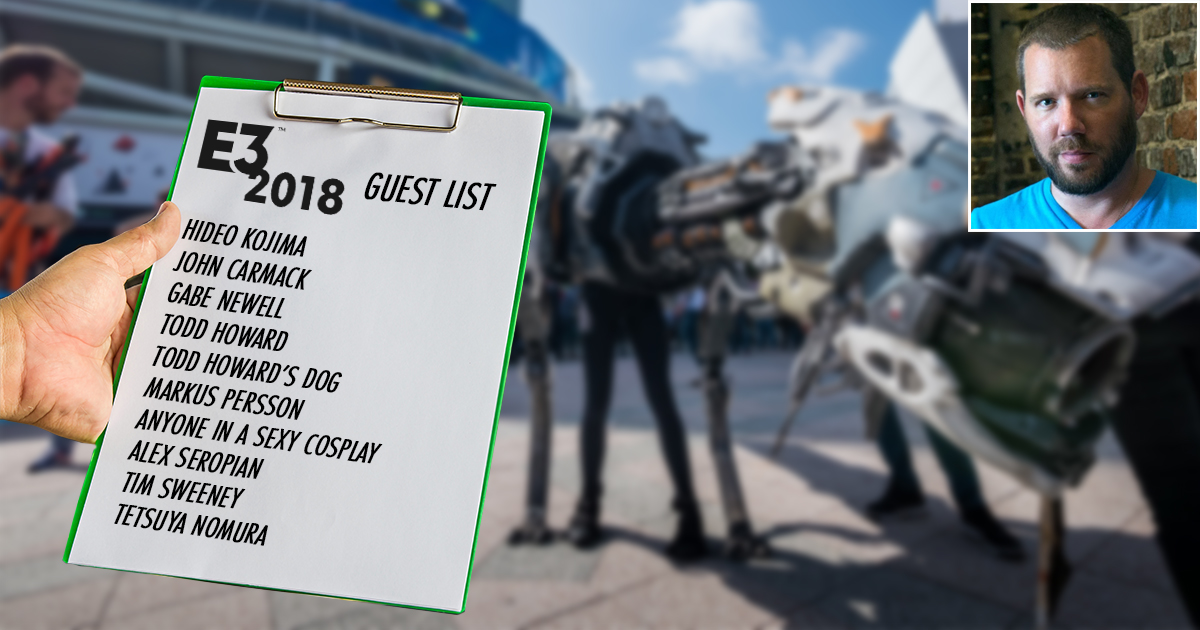 LOS ANGELES — Standing outside the Los Angeles Convention Center, legendary mid-2000s game developer Cliff “Cliffy B” Bleszinski was repeatedly told by staff that his name was not on the list of approved VIPs.

“There must be some mistake — for I am Cliff Bleszinski — who created iconic video game series Gears of War and don’t you fucking dare mention LawBreakers or I will slit your goddamn throat,” Bleszinski roared at the nonplussed security guard dragging him out of the convention center.

“You’re announcing three new Gears of War games; the least you can do is let me do a little victory lap on stage. Allow me to pretend it is 2007 for a couple minutes, maybe rev up the ole chainsaw bayonet, tease a Jazz Jackrabbit Kickstarter,” Bleszinski protested. “Let me do a confusing cameo during a Fortnite thing or whatever. I’ll ride the inflatable bus! Please, I’ll do anything. I’ll hide behind a desk and pretend it’s a reference to taking cover and no one even has to know!”

At press time, E3 security officers shoved Bleszinski into an Uber Pool as he stuck his head out the window and yelled, “I was on ‘The Late Show with Jimmy Fallon’ eight years ago this is horseshit,” and his career disappeared into the Los Angeles night.