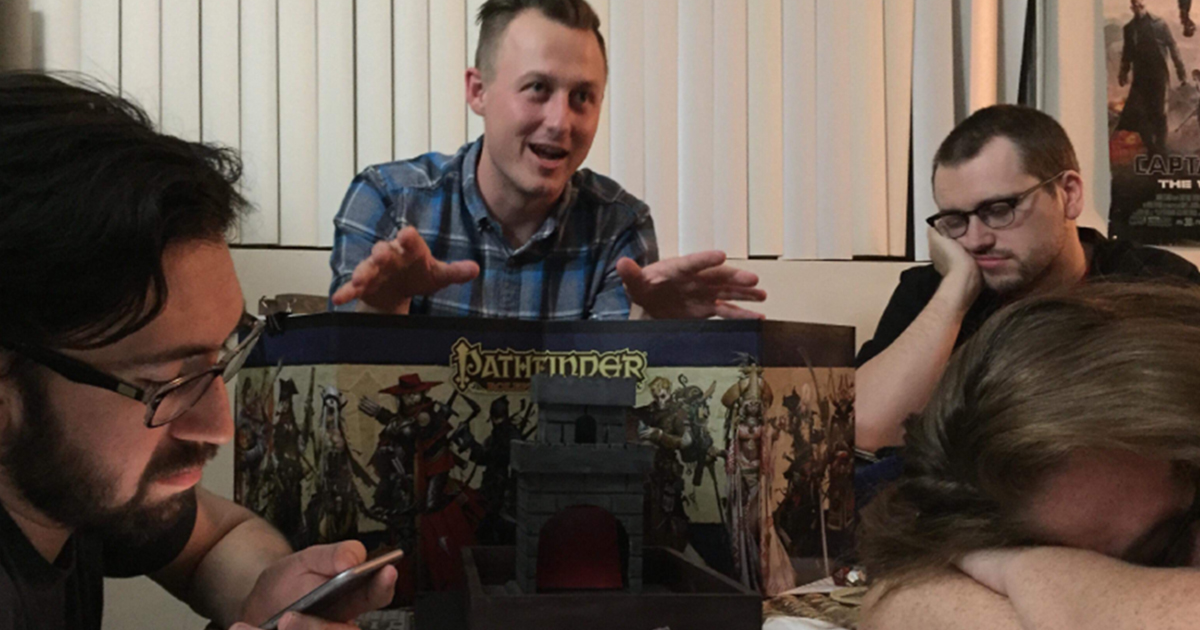 SILVERTON, Ore. — In a groundbreaking move to combat his players’ adeptness at solving riddles and subverting challenges, local dungeon master Dan Richards supercharged the difficulty of his latest puzzle by describing it really shittily.

“Okay, okay… okay… I’m sorry, I’m so fucking lost,” remarked Jess Baker, the party’s Wizard. “So there’s a stone brazier in the middle of the room, and a skeleton in front of it… and the skeleton’s hand is pointing north-west to the corner?”

The rest of the group then chimed in with their own clarifications.

“Wait, wait—there are also tapestries on the walls, right?” said Terry Graham, tapping into his Ranger’s knack for Perception and Survival. “They have arrows pointing south. Those seem important somehow.”

While the skeleton, brazier, and tapestries did allegedly appear in the DM’s original description, various other details came into play as the party fought it out.

“No, the arrows are in the runic symbols on the floor, not the tapestries, and they’re all spinning remember?” said their Warlock, preparing to tap into his Eldritch Sight invocation.

“I definitely contradicted myself several times when I initially described the room to them,” admitted Richards with an air of smugness about him. “They basically just need to find the hidden key on top of the doorframe behind them, but thanks to my ability to rattle off a confusing and meandering list of unimportant details, I was able to get them to focus on a completely meaningless corpse next to a completely meaningless fireplace.”

After a few fruitless hours, Richards saw his plan backfire when the party unanimously decided the room must not be the correct path forward and began backtracking through three sessions worth of previous dungeon rooms.

“It’s annoying to describe the whole dungeon again,” Richards said, “but I guess I’m lucky since I have literally nothing planned for what’s behind that door.”