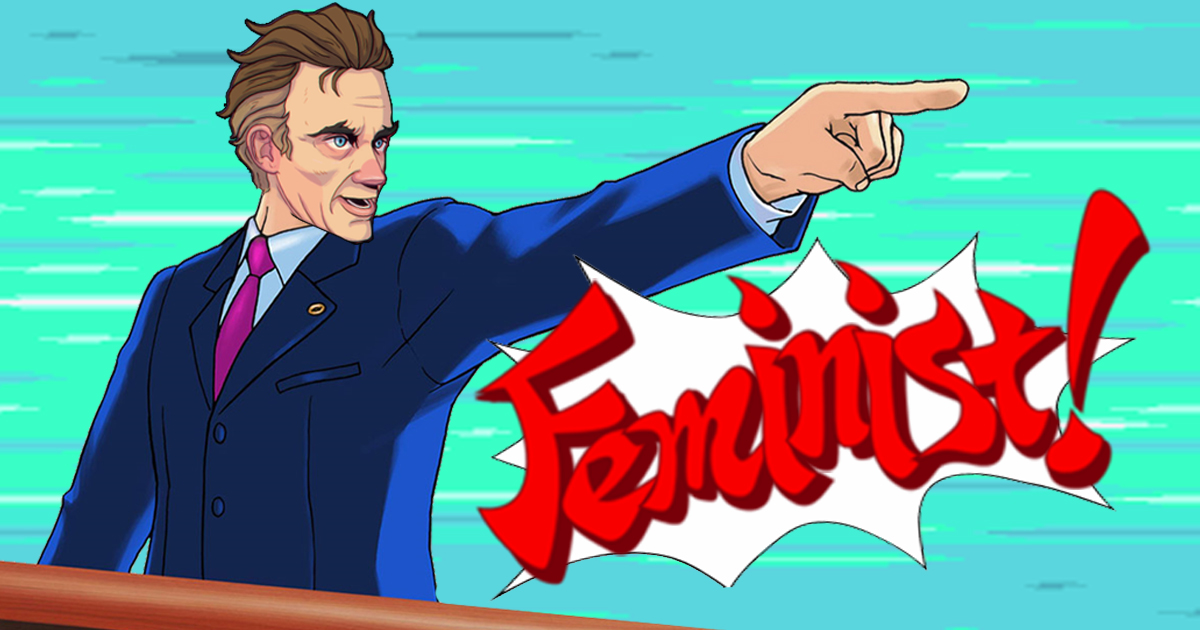 OSAKA, Japan — Capcom revealed a spiritual successor to its popular Phoenix Wright: Ace Attorney franchise entitled Jordan Peterson: Douche Debater that will allow gamers to play as the firebrand professor in a series of intellectual contests.

According to the announcement video, the gameplay of the upcoming visual novel adventure game will be divided into three sections: research, tweeting, and debating.

“You start the game by slogging through academic journals and highlighting sections that you can use in the debate portion to overwhelm your opponent with intellectual superiority, teaching at both Harvard and the University of Toronto,” explained Douche Debater lead developer Martin Pelletier. “Then, in the Tweeting section, you will undermine all of your hard work by acting like a pissy, preening asshole on social media, even though you are a distinguished professor in his late 50s who should know better.”

“This leads to the Debate portion of the game, where you combine your intelligence and assholery training to take on a variety of opponents.”

Although the full game has not yet been showcased, the announcement video shows that Jordan Peterson: Douche Debater will feature debates on topics such as Political Correctness, Eating Meat To Cure Illness, and Never Smiling In Photographs.

“The ‘Ego Meter’ is something players will constantly have to contend with during debates,” Pelletier continued.  “If Jordan gets too impressed with his own witticisms and intellect, the meter fills. If the Ego Meter reaches capacity, the debate is lost as Jordan loses control and literally cannot stop talking as the moderator and debater leave the stage, the audience files out, and even the janitorial staff starts cleaning the theater while Peterson continues to yammer on about cultural marxism or some other bullshit.”

“There is also a ‘Nazi Meter’ throughout the game, which shows the percentage of legitimate Nazis in Jordan’s fandom growing over time,” Pelletier added, “but that meter has no impact on gameplay and there is no punishment if the player just never addresses it at all.”

During breaks in the debate, players will be able to go backstage and engage with some of their favorite Internet Dark Web personalities, such as Owen Benjamin and Ben Shapiro, in a mini-game where you mash buttons as fast as possible to shout phrases such as “liking classical music makes me a smart person” or “discourse!” in order to build combos that act as a score multiplier for future rounds of debate.

An advanced copy of the game, which was released to select reviewers, has received mixed results.

“Just like Jordan Peterson, the game starts off seeming like it could actually be worthwhile and enjoyable… and then veers very quickly into weird, scary nonsense,” said Beth Macy for IGN.

“I loved every goddamn second of it,” said a sexy drawing of President Donald Trump in a Ben Garrison cartoon.

If the game proves to be a financial success, Capcom has promised a fighting game centered around Joe Rogan, whose special finishing move is pulling out a pair of headphones, placing them on his opponents head, and forcing them to listen his three-hour-long podcast.