Dhalsim Misses Fight Against Guile After Being Detained by TSA Again 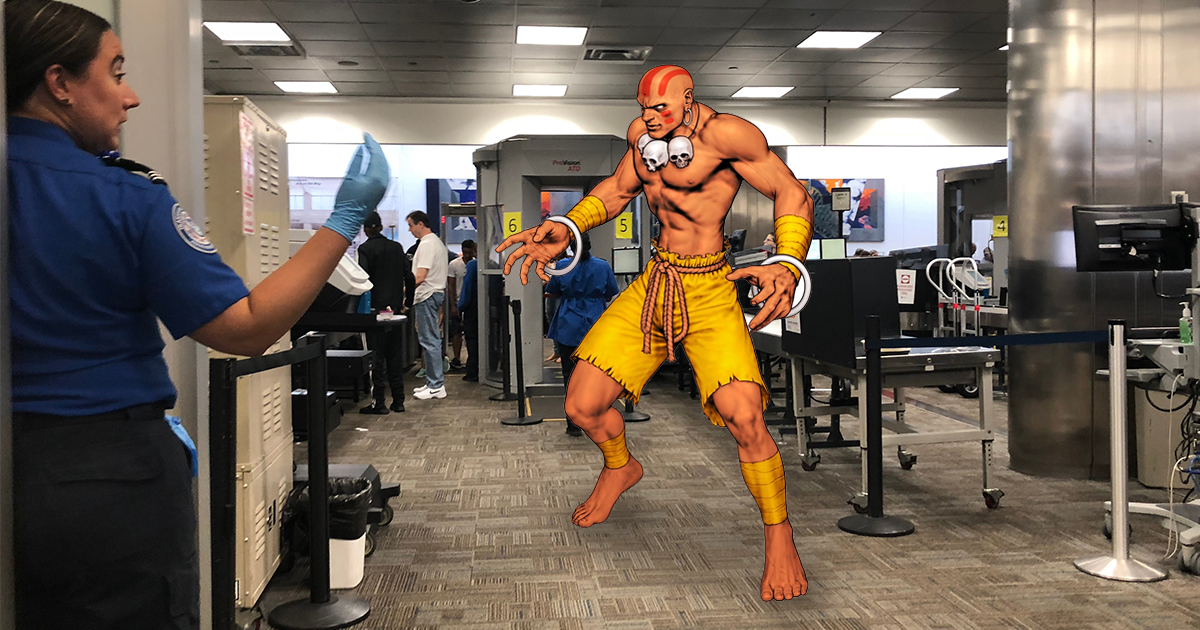 DALLAS — The renowned World Warrior Tournament competitor from India known as Dhalsim missed an important bout against his American rival, Guile, after being yet again detained by customs agents who questioned him for over four hours at Dallas Fort Worth International Airport, Dhalsim’s ACLU attorney stated to the press.

“This happens every time I have a bout in America,” Dhalsim said in a statement. “Clearly they are profiling me because I’ve noticed that Blanka, the giant green electric monster from Brazil, never seems to get stopped. Hm, I wonder what it is about me?”

TSA Agents who reportedly asked Dhalsim why he was visiting America received the answer, “To fight a military Major next to a fighter jet on an Air Force base somewhere in the southwestern United States.”

“This particular individual arrived at customs wearing little more than yellow shorts and a necklace of skulls,” TSA spokesman Ronald Alam told reporters. “He was asked to step aside for a randomized check and that is when he became uncooperative, even spitting a stream of fire at one agent. This is more than enough probable cause to warrant further investigation. His nationality had nothing to do with it.”

Dhalsim and his legal team assert that his “Yoga Flame” was purely in self defense. They still claim he was discriminated against based on the color of his skin, and that his supposed “threatening garb” which he refused to remove are religious vestments.

“I am Hindu, and a holy man at that! Do you do a cavity search on your priests when they travel?” The exasperated Dhalsim said. “Fuck it, for my fight against Ken next month I’m just going to skip all of this stress by flying to Mexico and teleporting across the border.”

This news comes on the heels of another recent schedule interruption for the World Warrior Tournament when champion boxer Balrog was detained by police for destroying a parked car down by the harbor.