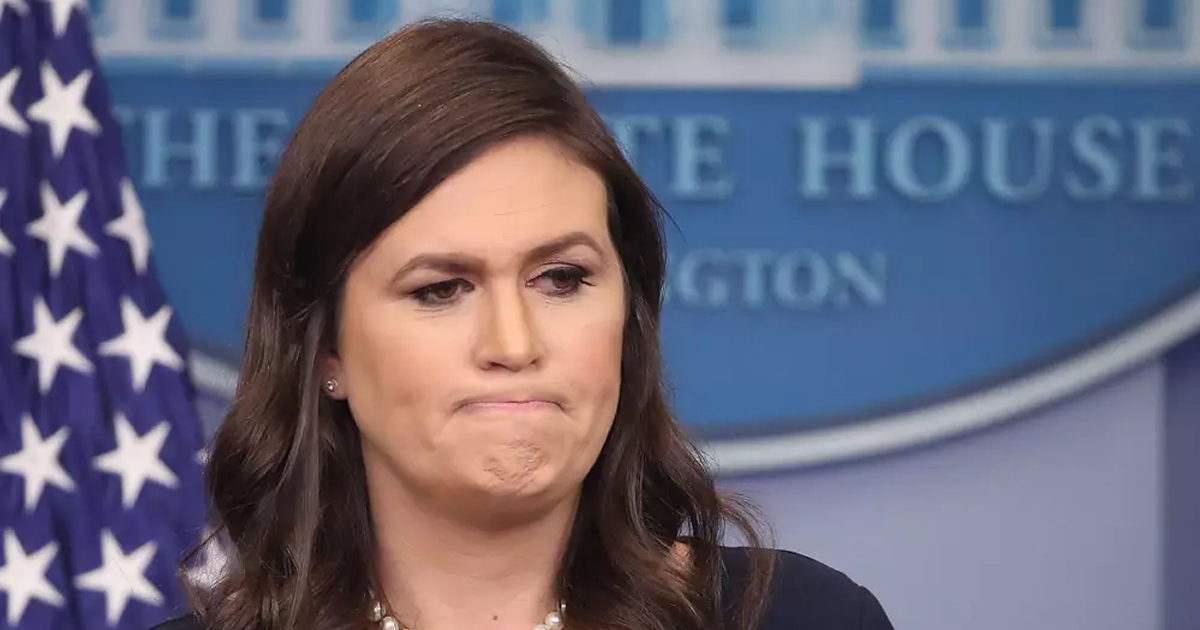 WASHINGTON — Sarah Huckabee Sanders, roleplaying as Press Secretary, was seen attempting yet another Deception roll despite her character sporting an abysmal 5 total Charisma score, according to insiders from within the Trump administration. The low roll of 3 (natural 6 minus 3 when factoring in Charisma) was contested by the entire nation’s passive Insight, which at the time of reporting currently sits at 9.

Though Sanders is specced into primarily Intelligence to bolster her spellcasting ability to allow her to conjure up fantastical images and fake realities, other players at the table have commented that she goes out of her way to use her worst stat to lie to almost every NPC that they meet in the game.

“I’d say it was funny once or twice, but nobody at the table is laughing anymore and she really isn’t getting it,” recently killed-off Human Barbarian Jeff Sessions said to reporters. “I mean, even with my low Wisdom, I still managed to make some decent rolls in the campaign, like hitting the saving throw and successfully recusing myself from the Russia investigation.”

Sanders’ roll was made after the party’s plan to destroy a troublesome NPC named Jim Acosta went belly-up, leaving them floundering for a backup in true D&D fashion. According to Sanders, Acosta is a rude and bloodthirsty Level 14 Monk who found President Trump (Goblin Bard) and beat up his squire.

“Honestly, President Trump rolled Persuasion against Acosta earlier in the session to an unfortunate critical failure,” explained Dungeon Master Vladimir Putin, laughing. “But I don’t really care, I’m the kind of DM who loves to fuck with all his players. I’ll be happiest if the Trump Campaign all goes horribly wrong.”

Trump’s squire refused to comment, but eyewitnesses of the alleged scuffle say her Dexterity was low and that she simply failed half-a-dozen Sleight of Hand checks on Acosta.