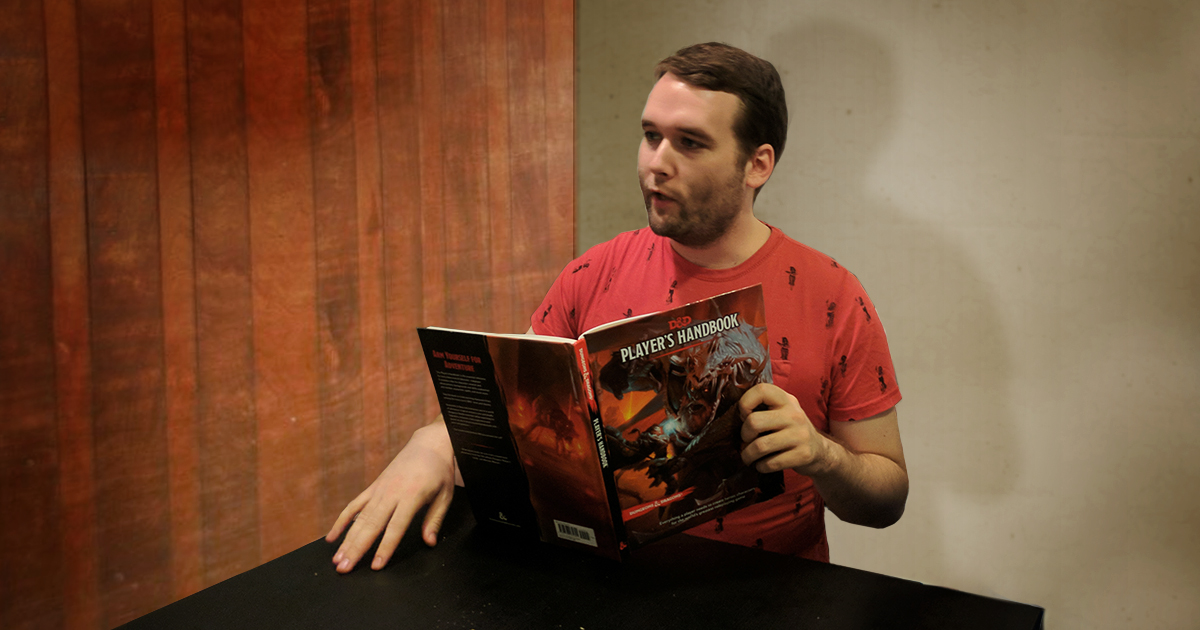 BINGHAMTON, N.Y. — During the first session of a game of Dungeons & Dragons with a new group this morning, longtime Critical Role fan Martin Clemens was reportedly shocked and dismayed that his Dungeon Master wasn’t putting on a performance as practiced and high-quality as 11-time award-winning voice actor Matthew Mercer.

“He couldn’t even make up an entire storied character on the spot when necessary,” Clemens said about the incident. “I started pressing a blacksmith at this village for his opinions on the region’s monarch or if he had a quest for revenge or something. Fuckin’ nothing! He didn’t even have a cool Scottish accent. He just sounded like Zack talking normally.”

Zack Borman, the novice Dungeon Master for the game in question, was noticeably frustrated by Clemens’ attitude.

“We’ve all played in different campaigns before, but I just thought it would be fun to try out DMing for this one,” Borman said. “I watched a few Matt Colville videos and took exactly one session of improv class one time. Most of the Critical Role cast has been acting since before I was born.”

When asked if they planned to continue the campaign, Borman was non-committal.

“Martin told me to at least finish all 115 episodes of Season 1 before we give it another shot, but I’m not about to suffer through even 10 minutes of Tiberius Stormwind. Besides, all the players in our campaign would need to roll up new characters, because, well…”

Borman then revealed that the D&D session had ended abruptly when he announced that the cave ceiling had collapsed upon the players and they all died, but especially Clemens’ character, who died the most painfully.

“Yeah, that ending was bullshit,” Clemens said. “It’s like he wasn’t even trying.”