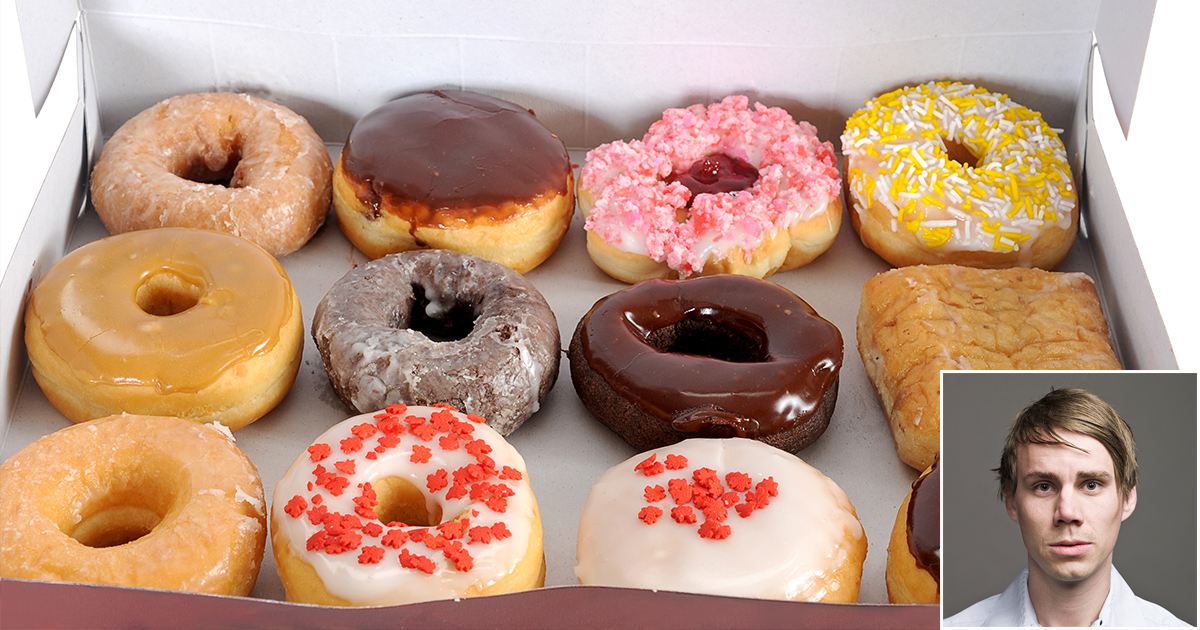 “I figured out where they put the donuts down, so I get there like five minutes early and stake out a spot to get the best one,” said Lomax, 28, standing mere inches from the office kitchen counter known to be the go-to spot for the donuts to appear.

Lomax camped his spot for twenty minutes this morning and avoided eye contact with the dozen employees that passed through the kitchen to get coffee.

“It’s a fucking cheap move,” said junior account executive Melissa Reyes. “Everybody wants a good donut, but when you play it like that you’re just an asshole.”

Reyes could be heard letting out an aggrieved sigh as Lomax opened up the donut box before the intern could even put it down.

“I think people are jealous that I have such a good strategy,” said a gleeful Lomax as he bit into his apple cinnamon glazed donut, widely considered to be the best donut offered by the company.

“I’m not technically breaking any rules,” Lomax insisted to a passing coworker, who ignored him.

At lunch time, Lomax was spotted glitching into the vending machine by wriggling his arm up the chute.