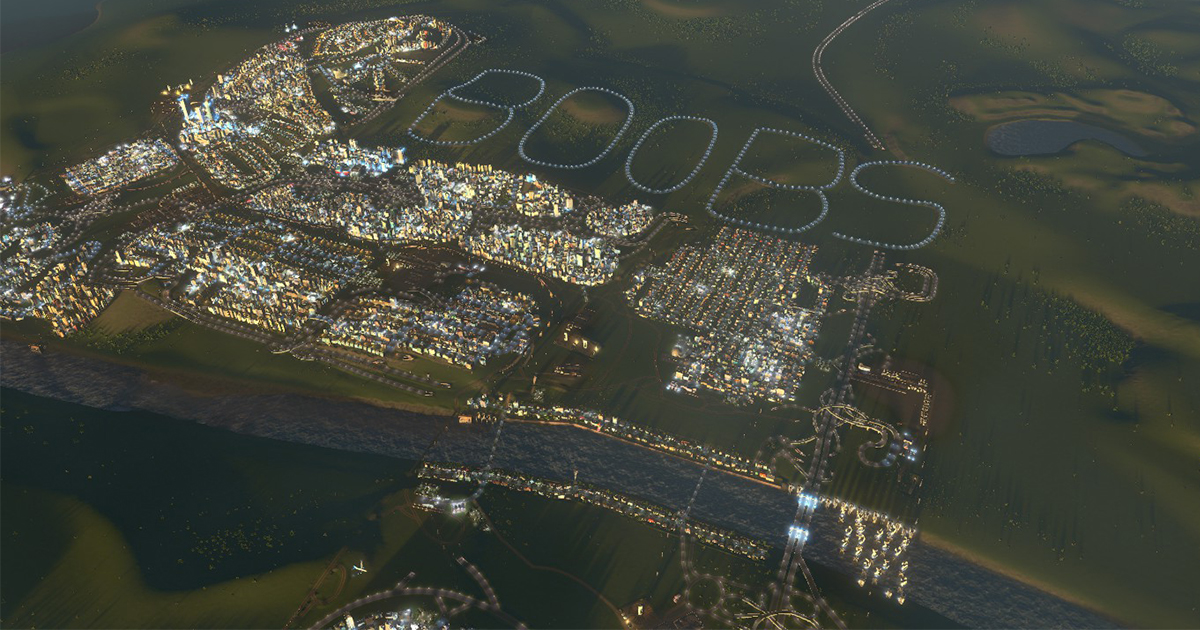 CITIES, Skylines — City council members approved a budget proposal today that includes funding for a massive freeway construction project which will spell out the word ‘BOOBS’.  Following the approval, many citizens angrily voiced their concern with government overspending.

“This government is out of control, and it has to be stopped!” shouted Carl Buchanan, an angry citizen who was present at the city council meeting. “It’s bad enough that I have to live in a cul-de-sac shaped like a giant pot leaf, now they announce this crap?  If we lived in a democracy instead of a dictatorship led by an omnipotent being with questionable aims, I’d vote all of these assholes out today!”

For other long time residents, the move was, unfortunately, business as usual from a city government run by a mysterious, almost god-like mayor.

“I’ve lived at the corner of Boner Street and Butthole Avenue for thirty years now, and this disastrous government is nothing new.”  Said Maria Ortega, a local veterinarian. “The south side of the city has been on fire for almost a decade now, and the mayor won’t do anything about it because he’s busy seeing how many tornadoes he can start at once. When I retire next year, I’m definitely moving up north to BongCity420xXx.”

While many are concerned about their taxes being raised to fund the freeway projects, city officials assured residents that the roads will be 100% funded by revenue from the city’s 22 football teams, who’s stadiums are all aligned a single street in the center of the city.

UPDATE: Due to a massive budget shortage caused by the largest government embezzlement scam in history, the ‘BOOBS’ freeway will now be shortened to ‘TIT’. We will monitor this story and provide further details as they emerge.