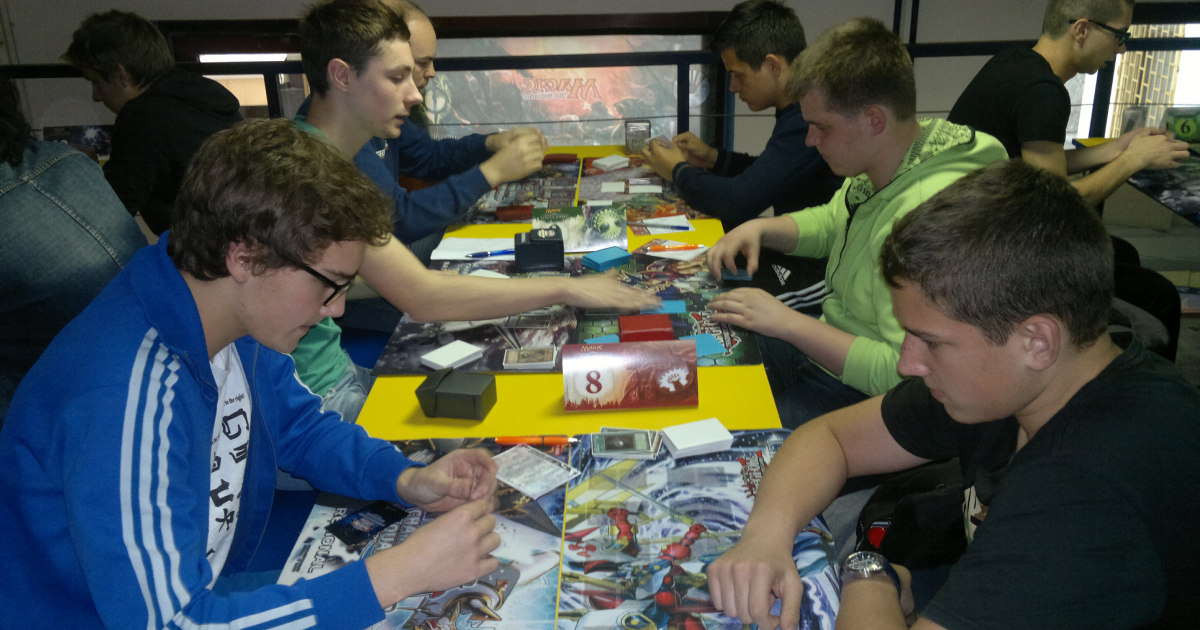 FLUSHING, N.Y. — A Yu-Gi-Oh! tournament at local comic store Pages and Pieces was held up for several hours today as competitors took turns sharing their increasingly tragic and dramatic backstories with one another, exhausted sources confirmed.

“I can’t afford to lose,” exclaimed duelist Greg Cole, removing his signature sunglasses in anger after losing several thousand life points at once. “I’m fighting for my friends…who sacrificed everything for me to be here!”

His opponent at the time, Harry Bernstein, chuckled smugly from behind his painted gothic face mask before slamming a face-down card on the table and startling other customers.

“You’re pathetic! You think you can win the prize money with that attitude?” Bernstein mocked. “If you don’t get it together, how do you expect to attain dueling glory like your missing father?”

Cole was reportedly shaken by the memory of his father’s disappearance. After several minutes of reminiscing, he vowed to use his dueling to find him and finally took his turn to summon a set monster. Meanwhile, other players like Alex Chang would put their fingers over their decks and pause dramatically.

“I’m betting everything on this next card,” Chang declared. “After all, this is all for my little brother’s operation! I still remember the accident like it was yesterday…”

Chang continued with a rant about his crippled brother before drawing his next card and putting a Raigeki Break in his hand.

Store manager Francis Geller has tried and failed repeatedly to reign in the players’ melodrama. She stated that while her tournaments were a reliable source of revenue, the length of everyone’s backstories would eat up her schedule.

“If I’m hosting a Yu-Gi-Oh event, then that’s my entire day,” Geller complained. “I have to keep the rest of the store running while shushing the players when they start yelling about the things they need to protect or their dreams to be the best duelist in the Five Boroughs. And when it’s time to close up shop, I’m lucky if I get them out the door a half hour after closing time.”

At press time, Cole had won the tournament, taking home $116 and a Powercode Link structure deck.