Can You Violate the Geneva Conventions in Untitled Goose Game, Portal 2, and Pokemon Go? 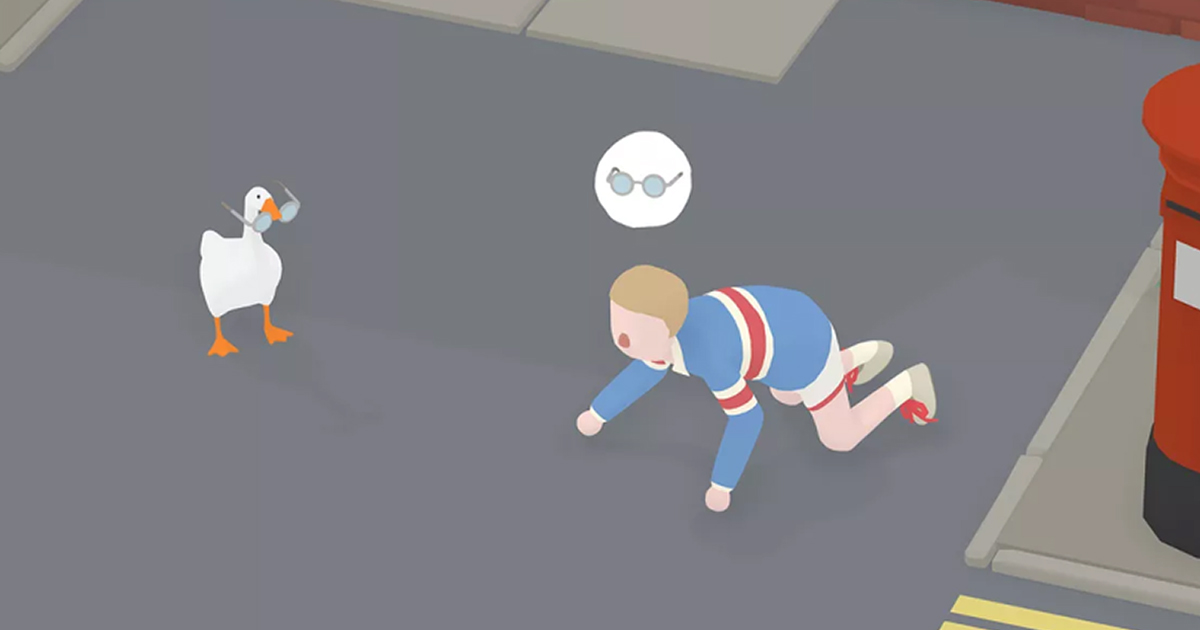 Here’s a tip: never read about the war crimes allied troops committed in World War 2. Trust me, it’s a long, depressing rabbit hole that will make you question the idea of “good guys.” In that same dispiriting spirit, it’s once again time to turn to video games to see if our favorite protagonists deserve life in prison. This week’s collection of Geneva Convention violations (and beyond) is a sobering reminder of just how much we have normalized war crimes in our daily gaming lives. Honk.

You can violate article 3 of the 4th Geneva Convention (civilians must be treated humanely) in Untitled Goose Game. pic.twitter.com/jmZz8C4mN7

Terrorizing small town residents in Untitled Goose Game may feel like harmless avian hijinks, but that is far from the case. Each Geneva Convention contains a ruling on conflicts of a non international nature, which addresses this directly: “Persons taking no active part in the hostilities… shall in all circumstances be treated humanely.” But luckily, the “honk” is safe, as auditory torture is allowed thanks to a decision by the US Government made in response to its own tactics in Guantanmo Bay.

You can violate article 19 of the 1st Geneva Convention (protection for medical units) in Overwatch. pic.twitter.com/MH5y1jVolW

“Protect the medic!” isn’t just a good team strategy; it’s the law. Article 19 of the 1st Geneva Convention establishes protections for mobile medical units and says that they “may in no circumstances be attacked, but shall at all times be respected and protected by the Parties to the conflict.” The rules get a little dicey if the Mercy in question decides to fire her gun, but any support player who isn’t focusing on heals admittedly deserves it.

You can break The Outer Space Treaty of 1967 (the Moon and other celestial bodies shall be used exclusively for peaceful purposes) in Portal 2 pic.twitter.com/qWiLfpgUcx

We had to dig deep to find a way that Portal 2 allows players to violate war crimes. While it appears to be safe from the Geneva Conventions, it turns out it violates the lesser known Outer Space Treaty of 1967. If that sounds far fetched, then I have some bad news for you: “The moon and other celestial bodies shall be used by all States Parties to the Treaty exclusively for peaceful purposes.” Under this ruling, the entire Star Wars franchise can also be classified as criminal.

You can violate article 21 of the 3rd Geneva Convention (restriction of liberty of movement for prisoners) in Pokemon Go. pic.twitter.com/lvUYwOEzEa

The Pokemon series is a nightmare for the 3rd Geneva Convention, which deals with prisoners. We’ll need time to find all of them, but let’s start with the most basic. The very use of a Pokeball violates article 21, which generally prohibits restricting a prisoner’s liberty of movement. While fans have spent decades trying to find a loophole to this, it doesn’t change the fact that your captured Pokemon are stuffed into tiny, round cages. Gotta catch ‘em all? Not like that, bucko.

You can violate violate article 50 of the 4th Geneva Conventions (care for children) in Fallout 2. pic.twitter.com/EZxuvoaYt0