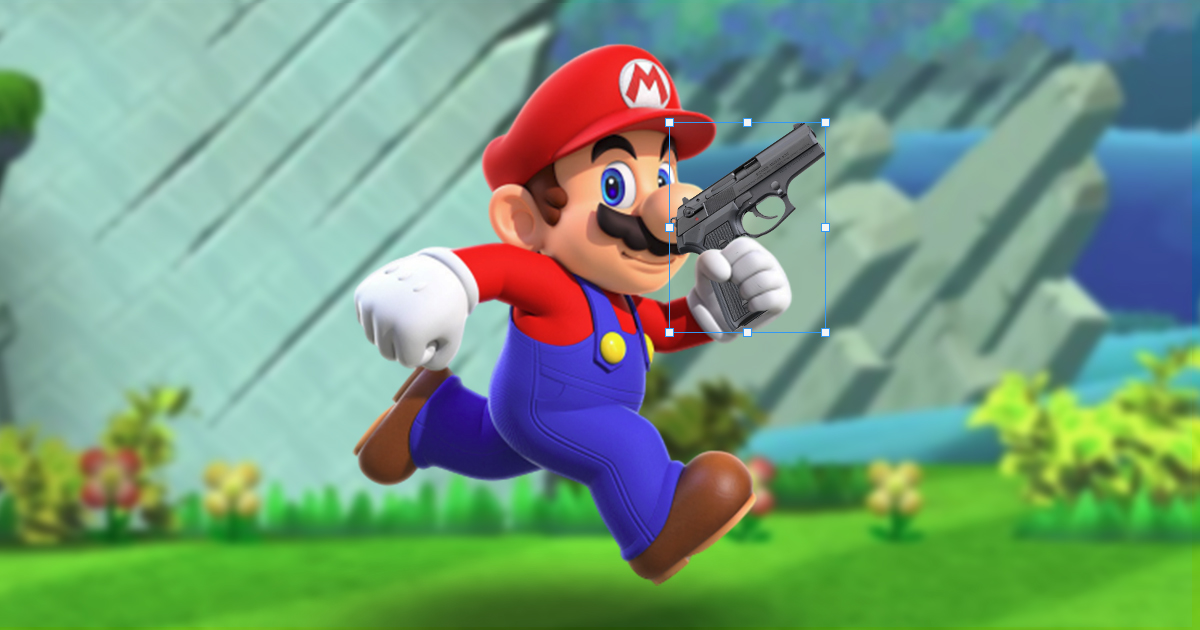 AUSTIN, Texas —  Local graphic design student Rachel Valdez expressed frustration this week after realizing her Intro to Photoshop class would not cover how to place an image of a pistol into the hands of famous video game character Mario.

“I had this great idea for a meme where Mario points a gun at Bowser and says ‘She’d better not be in another castle,’ Valdez explained. “Instead, I have to listen to some guy drone on about ‘PNG files’ and ‘vector graphics.’ Who gives a shit?”

“Adobe Photoshop is one of the most powerful tools available for image editing and creation, and the fundamentals are important,” said Chapman, whose course syllabus provides no specific guidelines for importing a file called “gun.jpg” as a new layer, using the background eraser tool to isolate the image of the gun, and then using the magnetic lasso tool to crop Mario’s fingers and move them into a shape that looks like he’s holding the gun. “You can do many different things with Photoshop, but it’s important to know the basics before diving into anything specific.”

Several other students in the class also expressed their frustration that the syllabus didn’t include instructions on how to put people’s heads on celebrities’ bodies, make posters for fake Marvel and DC crossover films, or how to make photorealistic images of what Homer Simpson would look like if he existed in real life.

“It’s crazy that I have to turn to YouTube tutorials just to learn how to adjust the angle of the shadow on the gun using the Layer Style menu so it doesn’t stand out,” said Valdez. “This information is all free on the internet, so I don’t know why I paid $500 for this stupid class in the first place.”

At press time, Valdez had transferred into an Intro to Adobe Premiere class to learn how to do some crazy Tim and Eric shit.