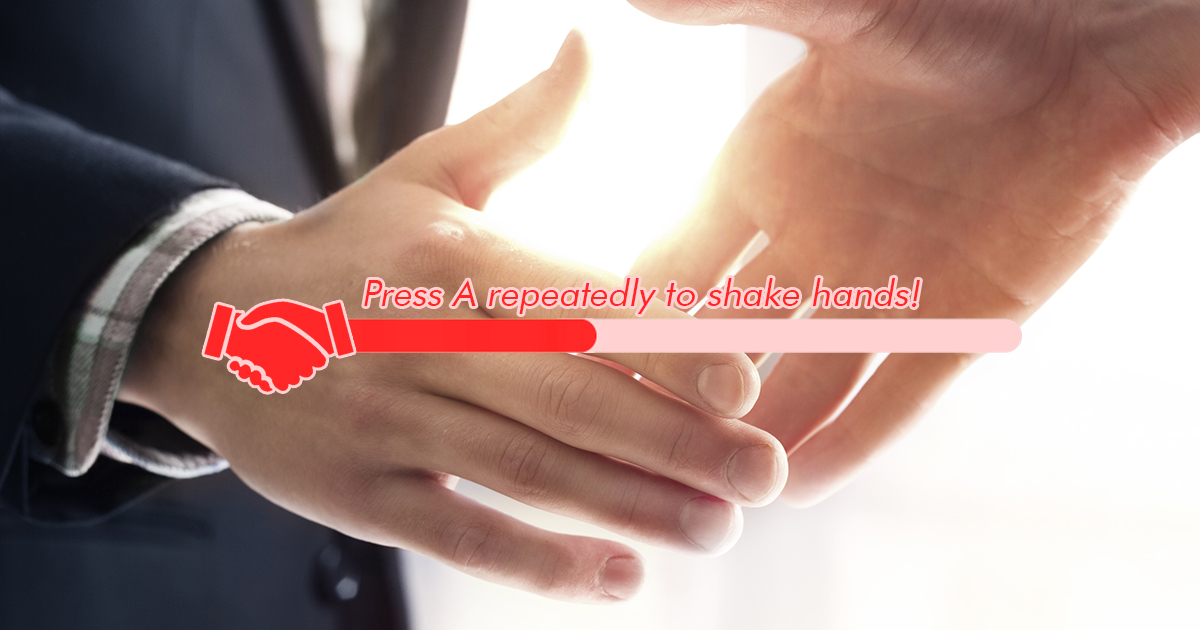 NEW YORK — Missing the necessary half-second window to input a button press, witnesses say local gamer Roger Dawkins completely botched a handshake with his friend Armando Kaye when they ran into each other on the street.

“He looked like he was reaching his hand out to shake his friend’s hand like a normal person, but suddenly there was this loud buzzing noise like someone had lost on a game show,” said witness Mary Romano. “Then he lurched forward like he had overshot the distance between his hand and his friend’s hand. He tripped off of the sidewalk and knocked into a bike messenger who sent him flying towards traffic and he ended up on someone’s car hood. It was honestly terrifying.”

According to those at the scene, Kaye rushed to help Dawkins up from the side of the road which resulted in Dawkins’s hand slipping again and knocking into a passing dog, who responded by biting onto his shirt sleeve and dragging him further down the street.

“It’s lucky they got him to the hospital when they did, because he was in pretty bad condition,” said Dr. Karen Anderson of Beth Israel Medical Center, where Dawkins was ultimately taken. “And fortunately, we were able to resuscitate him with a series of incredibly rhythmic and precise chest compressions. Once we schedule some physical therapy where he can practice completing incredibly slowed down quick time events, he’ll be on the road to recovery and walking upright again.”

Sources say that although he knows the incident wasn’t his fault, Dawkins’s friend Kaye was beginning to wonder whether he’s too forceful and aggressive with his handshakes and whether he had intimidated Dawkins with his incredibly small input window.