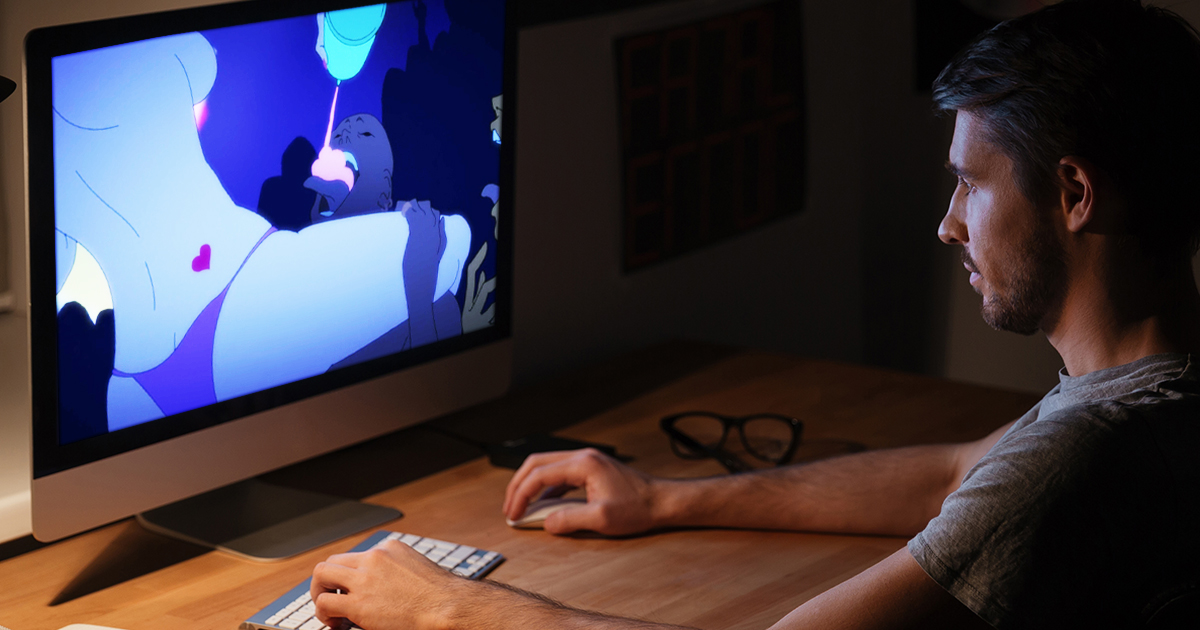 STONY BROOK, N.Y. — A recent study by Stony Brook University showed that anime keeps fans watching constantly not out of  enjoyment of the genre, but due to there being no safe image for them to ever pause the shows on.

According to research supervisor Louise Clarke, many anime addicts are not addicts at all.

“We found that people who binge anime don’t do it because they necessarily want to,” Clarke stated. “But because the fucked-up content they consume makes them so uncomfortable about pausing on really any scene that they just end up continuously watching until the whole season is over.”

Participants referred to shows like Devilman: Crybaby and Garo: Vanishing Line as recent examples of anime whose content prevents them from pausing comfortably.

“I got into Devilman: Crybaby because my friend recommended it,” said Daine Marcus. “There was a point where the dude was just fucking a demon in the sky. I wanted to pause it, but didn’t want the video to stop on a closeup of some demon ass  in case my roommate walked in,”

“So I just let it play and before I knew it I had seen the entire season. It was an OK show,” he added.

“I’ll try to pause sometimes,” Alejandro claimed. “But then there’ll be this close-up of big boobs that I gotta get past anyway, so I just keep waiting for a good moment and that only comes once the credits roll.”

According to longtime anime fan John Carmichael, incidents like this can occur in just about any anime, regardless of its target demographic.

“I’ve seen it happen with Attack on Titan, I’ve seen it in My Hero Academia, and don’t get me started on that Pokémon episode where James gets boobs,” Carmichael said. “Watching anime is a risky hobby, so it’s statistically safer for viewers just to keep binging until they finish.”

Each of the participants — as well as Carmichael — ended by recommending the 2016 anime, KonoSuba, but also advised that people prepare for a binge watch because there was no fucking way they were gonna find a place to pause in that one.