All Cops Are Bastards Even If They Can Collect All Five COMBO Letters While Scoring 12,376,400 Points 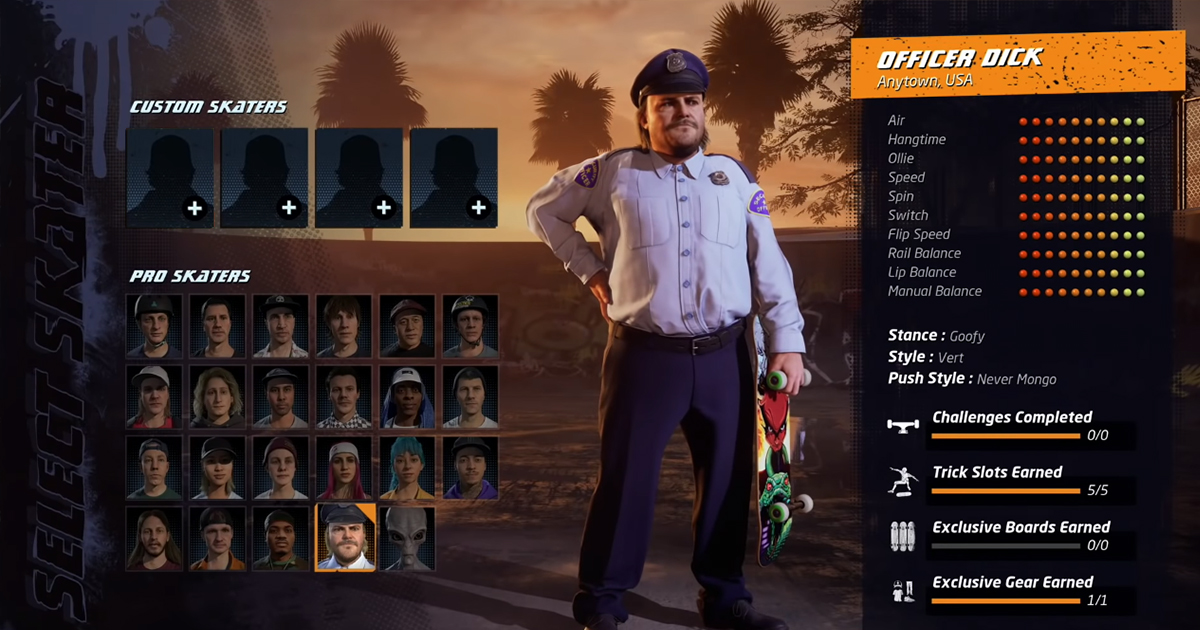 Alright, listen up. I’ve heard of you bootlicking posers that have been asking if this or that person is excused from the rule that all cops are bastards. Just so everyone will shut up, I’m going to make this abundantly clear: All cops are bastards, no excuses. Not even if they can collect the five COMBO letters while using their special meter to score 12,376,400 points.

When we say all cops, yes, that means even Officer Dick. Even if you recorded a clip where he did a sick vert and then landed right into a 50-50 grind on the helicopter’s blades. First of all, that sounds sick as fuck and if anybody else actually did that they would be cool as shit, but it can’t make up for the fact that we need to totally defund the police, no matter how long and dangerous those helicopter blades are.

Rodney Mullen performing skate magic with his deck on concrete barriers and flatground is dope. Officer Dick doing the exact same thing is propaganda for state-sponsored violence and racism. Plain and simple.

And I know what you’re saying: what if Officer Dick found all the SKATE letters and the secret video tape? Honestly, I can’t think of anything more typical of a narc than stealing private property from citizens who are just exercising their right to kickflip peacefully in an abandoned airplane hangar. It makes me sick.

Honestly, the worst part is that he looks like Jack Black. Do you know how painful it is for me to call Jack Black a bastard? This is as hard for me as it is for you.