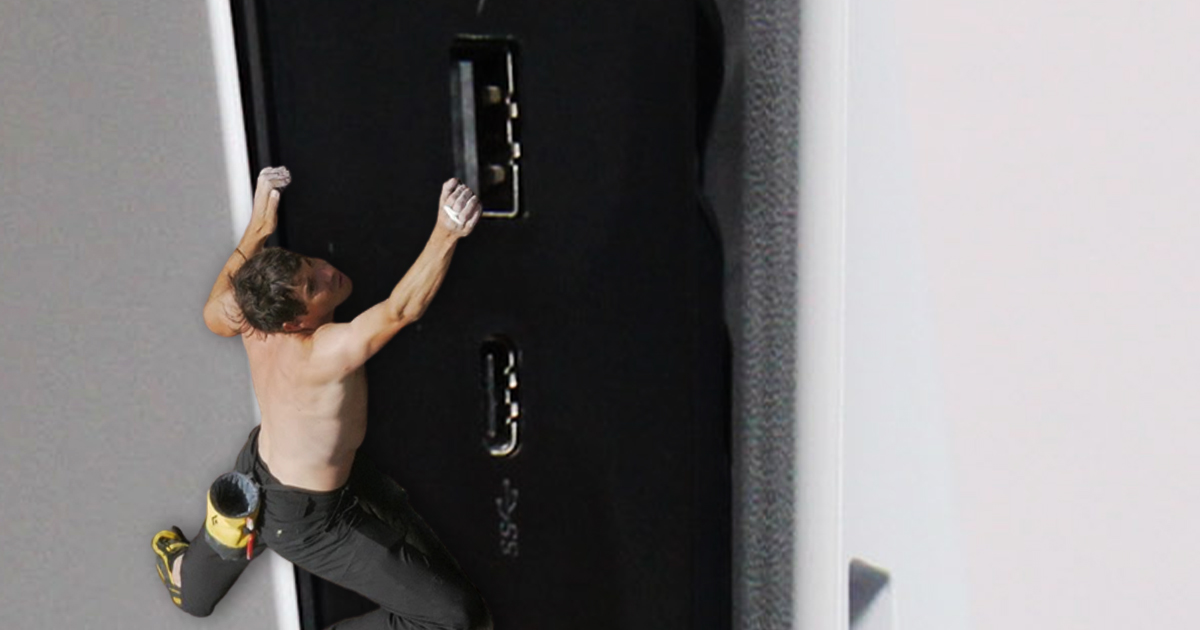 YOSEMITE, Calif. — Rock climber Alex Honnold has shocked both the athletic and gaming worlds by completing the first free solo ascent of a PlayStation 5.

“The thing about the PS5 is that it’s big. So big, in fact, that someone could climb up it like a mountain. I know that sounds like a joke, but it’s not a joke at all; in fact, it’s actually what Alex did today and we’re incredibly impressed,” said rock climbing documentarian Jimmy Chin. “It’s undeniably a monumental feat and I’m excited that we were able to cover the climb as my next documentary feature coming out in winter 2021, titled Free to Solo.”

Honnold explained at a press conference today how he was able to complete the ascent.

“Free soloing PS5 was extraordinarily difficult, as it is slightly taller and steeper than El Cap,” Honnold explained. “There are a few tricky areas that were difficult to get past, but I spent months developing the path I would take. The hardest part was when I had to wedge my body into the crevice of the disc drive for about 25 minutes of climbing. It’s scary, because you know that if you make any mistake, that’s it — you’re dead, especially because the PS5 was on a big bookshelf. Not even the carpeted floor beneath would have saved me.”

According to Honnold’s wife, Sanni McCandless, the climb was especially scary for friends and family, who feared for Honnold’s life.

“I knew what I got into when I married Alex, but it’s just terrifying saying goodbye to him in the morning knowing that it could be the last time,” McCandless said. “I thought I was used to it when he just rock climbed. It’s far scarier knowing that he’s doing the same difficult free solos and he’s a gamer now. It’s very hard for me to wrap my head around the fact that this is the life he chooses for himself.”

At press time, Honnold was at a video game repair shop, trying to see if he could fix his PS5 after getting chalk all over it.