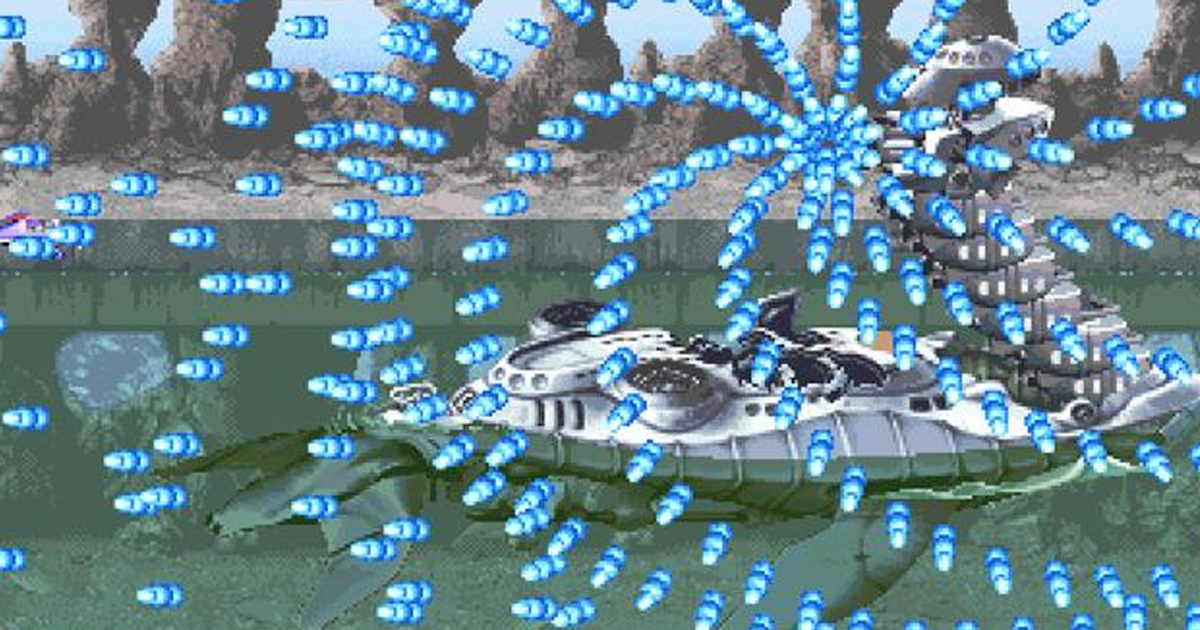 “The function of this new program would be simple,” McKinsey explained. “When we detect an unidentified aircraft, we’ll fill our skies with a hail of lead so hot it glows fucking blue. Essentially, any poor sumbitch who flies into our airspace will be entering a man-made hell consisting entirely of bullets.”

“To be honest, I’ve been playing a ton of those bullet hell games and lemme tell ya, they’re awesome,” Lt. Gen. McKinsey continued. “I’m ready to base our whole operation on these things.”

Dan Maku, a researcher for defense contractor Lockheed Martin, called the proposal outlandish. “Shooting a bunch of bullets into the sky is one of the most insane ideas I’ve ever heard. Our own planes will be in massive danger of friendly fire, there would be immense civilian casualties when the bullets eventually drop, and the cost would be astronomical,” he said. “And don’t even get me started on the aircraft designs [Gen. McKinsey] submitted.”

During his proposal, Mckinsey also presented several blueprints for gunships that would be capable of delivering the firepower required for his plan. Some of the designs resembled a dragon, a skeleton wearing a hoodie, and a wasp that also transformed into what appeared to be a Japanese schoolgirl.

Afterward, McKinsey was asked by an audience member if he could think of any weaknesses to his idea. “No, absolutely none,” McKinsey replied. “Well, okay, maybe — if we were attacked by a single ace pilot flying a small, highly maneuverable experimental aircraft — there’s a small chance they could destroy it…. but instead of talking about what this beautiful baby can’t do, just thinking about a future where our American bullets blot out the sun in patriotic glory and tell me you don’t get aroused.”

Despite widespread condemnation, the Department of Defense has already announced the project will be fully funded with additional funds to make the airship flash brightly when hit by enemy fire so everyone knows it has been hit.