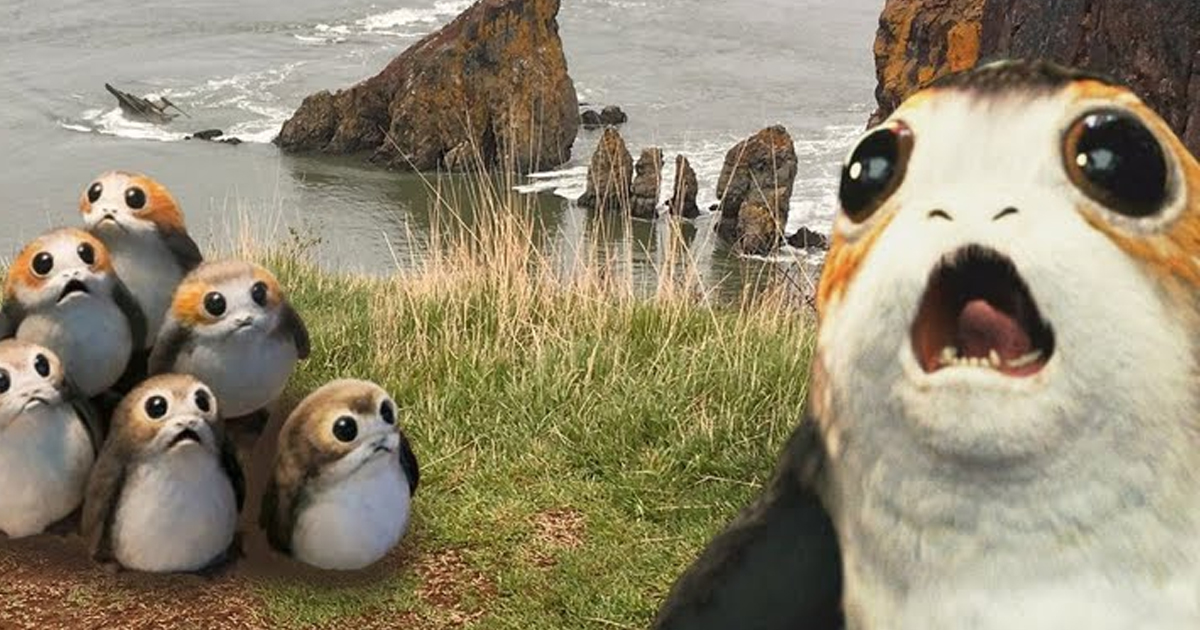 LOS ANGELES — Disney surprise announced a “JJ Abrams Cut” of Star Wars: The Last Jedi this morning which they say will add more depth to the original film by revealing the lineage of each individual porg.

Abrams created the extended five-hour edit after clamoring fans demanded to see what his complete vision of the trilogy would have looked like if Rian Johnson hadn’t directed Episode VIII. In addition to some alternate and extended takes of scenes and updated special effects sequences, the director also took the opportunity to insert 30 extra minutes of porg backstory into the film, which reveals each individual porg’s parents through a series of increasingly implausible twists.

“I love what Rian did with The Last Jedi, don’t get me wrong,” Abrams explained in a Reddit AMA about the cut. “I just felt like there was room to flesh out the characters more. I mean, we didn’t find out who any porg’s dad was. I asked myself, what if one of these porgs was Jabba the Hutt’s daughter? That would be so dramatic!”

Instead of shooting new footage, Abrams was able to update key moments of the film with special effects. In the new cut, the practical porg puppets have been replaced with CGI. The infamous “lightsaber toss” moment has also been digitally altered to show Rey throwing Luke’s lightsaber first.

Fans across the internet who had previously disowned The Last Jedi were elated by the news of the Abrams Cut’s release, which they say solves every single problem they had with the original film by making it twice as long.

“This is exactly what I have been asking for since The Last Jedi came out,” tweeted longtime Star Wars fan Larry Anderson. “Rian Johnson absolutely ruined Episode VIII with stupid bullshit. But JJ respects the canon enough to work every character I already like into the story without challenging the way I think about them. To me, that’s what Star Wars is all about.”

While the edit adds plenty of new footage, it also cuts out some moments too. Most notably, Rose Tico is missing from the film entirely. When asked why he decided to nix her scenes, a puzzled Abrams asked, “Who’s that?”