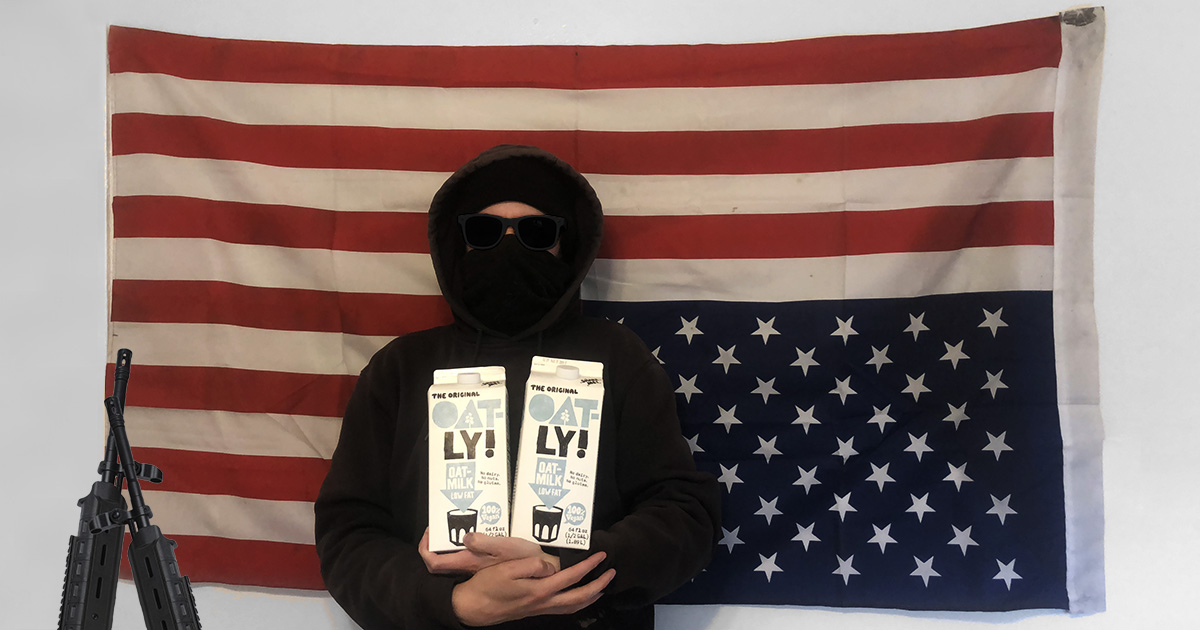 “We surveyed vegans around the world, and found the lack of access to fresh Oatly is their number one concern,” said head researcher Lars Gustaffson. “Our data shows that over 90 percent of Whole Foods Markets and independent vegan retailers are already Oatly stressed. This crisis is likely to worsen as more people begin to hoard the precious resource.”

Vegans everywhere are already adjusting their habits to prepare for more shortages.

“I think back on all the Oatly I wasted by throwing it down the drain after I was done with my cereal in the morning, and it makes me want to cry. I could’ve still used that cereal milk in my coffee instead of just contributing to this worldwide shortage,” said longtime vegan Chaz Carter. “I still have about two cups of it left — I’ve been trying to stretch it as long as possible. I’m certainly not going back to some watery-ass almond milk that tastes like battery acid in comparison.”

Government reaction to the dire report has been swift.

“I’m not sure what any of this Oatly stuff actually is. Is it real milk? Because we can just make more cows if that’s the problem,” said Idaho congressman Michael Crapo. “I have great respect for all the oat farmers, or whatever… but I just don’t think this is that big of a deal.”

“I encourage all the young people out there to try some of the delicious dairy milk this wonderful country produces,” Crapo added. “You won’t be disappointed.”

“We love all our customers and we want to thank you for the continued support. Our new factory is going to help offset the pain you feel when left without Oatly,” said general manager Mike Messersmith. “There has already been enough bloodshed because of our product.”